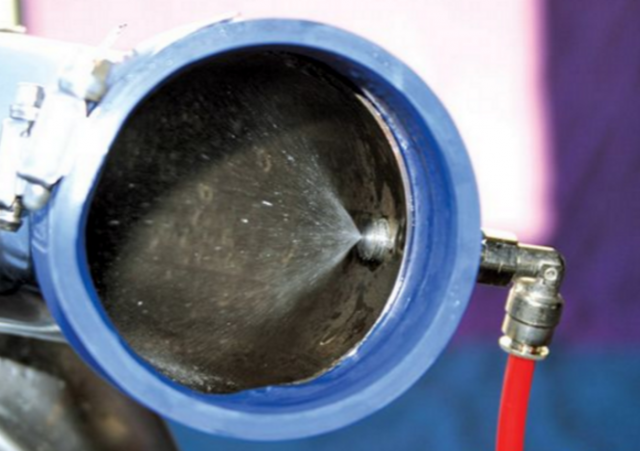 Water Injection has recently gained popularity amongst serious performance enthusiasts but it is not new. It has been used in racing and production vehicles for years and in WWII by supercharged fighter aircraft to increase the engine’s performance envelope.

Water is injected into the intake air stream, usually after the intercooler. The heat of the compressed air causes rapid evaporation. When water evaporates a lot of heat is absorbed. This lowers the intake temperature and prevents detonation.

Detonation is caused when the spark initiated flame front compresses the unburned mixture to the point where a separate flame front is produced at the other end of the combustion chamber. This collides with the first one creating a super hot shock wave which can melt pistons, destroy spark plugs and burn valves.

Theoretically, the incoming mixture in an engine should only need enough fuel to react with the oxygen content of the incoming air. Anything more than this will not burn in the combustion chamber so it doesn’t add power to the engine. But in modern engine management systems, extra fuel is virtually always added to the mixture when the engine is under load because the extra fuel helps cool the mixture through the evaporative process.

Water works the same way except it absorbs up to six times as much heat as petrol. The cooling effect of the water and the very presence of water molecules in the mixture greatly reduces the tendency of an engine to detonate.

In a supercharged engine (which includes turbos), the process of compressing the air heats it. So, although there is more air entering the engine, the air is hotter because of the compression.

The benefit of a cool intake mixture is two-fold, as cooler air is less likely to lead to detonation and cooler air is more dense so there will be more oxygen to react with the fuel

The performance benefits of water injection are similar to that of high-octane fuel. By adding water injection it effectively raises the octane rating of the fuel allowing more boost and/or valve timing to achieve higher power levels than would normally be possible before the onset of detonation.

Heat and detonation are engine killers. In today’s modern performance vehicles it does not take much to cause engine failure. Lean fuel mixtures, excessively advanced timing and/or extreme temperatures can lead to a costly engine rebuild. Anything that lowers intake and combustion temperatures can only improve the reliability of an engine.

Often, the limitation of how much water can be injected into an engine at a given RPM will be ignition related misfire. This problem can be largely overcome by having a system that meters the water according to how hard the engine is working. Systems that just switch on and off can deliver too much water at low rpm and not enough at high rpm.

Upgraded ignition systems (like capacitive discharge systems) can reduce the chance of misfire.

If the engine is relying on water injection to prevent detonation then it is essential that it is always available. If the system cannot detect the amount of water remaining water then there is the real risk of damaging the engine.

How Much Water Will Water Injection Use?

None if the driver never accelerates very hard. While it is impossible to state a specific amount because of the variables involved from application to application, most systems will use about 150-300cc per minute at full throttle near the red line.

Water injection is a reasonably simple way to get the best out of an engine, and most importantly since it uses water rather than extra fuel to cool the mixture it makes an engine more fuel efficient even if the aim is not extreme engine performance. 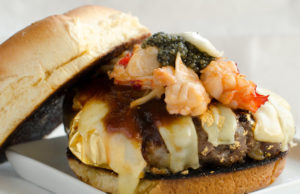 Food
Sundae The decadent US$1,000 Golden Opulence treat was developed to commemorate the 50th anniversary of dessert haven Serendipity 3 in Manhattan. It contains five scoops...

Materials and Technologies for Green Buildings