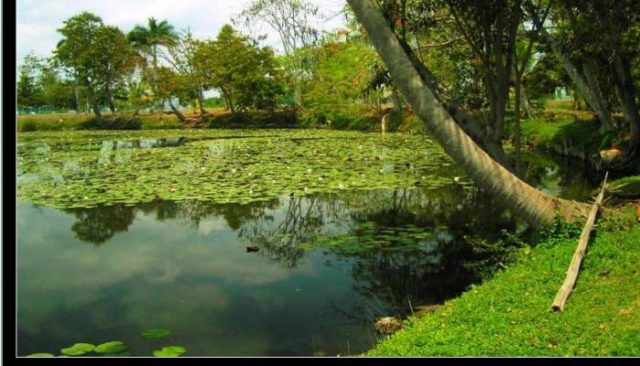 Coastal wetlands bridge the transition between freshwater and saltwater ecosystems. Tidal marshes are one type of wetland found along coastlines. These marshes can be freshwater, brackish, or saltwater. Marshes are characterized by primarily herbaceous vegetation, specific to the type of marsh.

In the United States, coastal wetlands are located along the eastern shoreline from Maine south, following the Gulf of Mexico shoreline. Their location is vital to the landscape both from an environmental as well as an economic perspective.

Some of the primary benefits of coastal wetlands are flood protection and prevention of soil erosion. These ecosystems are on the front line when it comes to absorbing the brunt of storms. The forces which these wetlands encounter can be enormous as is the case with hurricane-strength storms.

The vegetation of these wetlands helps anchor soils in place and help prevent soil erosion. Coastline erosion is a serious threat to these areas. According to the Federal Emergency Management Agency (FEMA), coastlines are being eroded at a rate of up to 4 feet per year. The potential economic impacts therefore, are significant.

About 40 percent of the world’s major cities of populations over 1 million people are found on coastal areas, according to a 2002 article in Environmental Health Perspectives. Soil erosion can create serious economic consequences. This factor is one in which wetlands perhaps see their greatest value as a means to slow or even halt erosion.

Coastal wetlands also protect ocean waters by filtering toxins before they reach open water. They do this by slowing water flow from the land to the sea. When water flow is decreased, suspended particles containing toxins will drop down into the sediment layer. This action removes them from the ecosystems where they will remain inert unless the sediment layer is disturbed.

Development continues to remain a potent threat to coastal wetlands. Coastal areas are desirable properties especially with rising population levels. The only way some areas can increase the land available for development is by draining wetlands. Ironically, by doing so, they increase the vulnerability of these areas to additional land losses.

Pollution adds further environmental impacts. For example, the Gulf of Mexico contains what is considered an ecological dead zone caused by the flow of pollution and nutrient overload from the Mississippi River. So while coastal wetlands provide protection for the ocean waters, they can also provide ecological protection from them as well.

How to Choose Chicken Eggs for Hatching