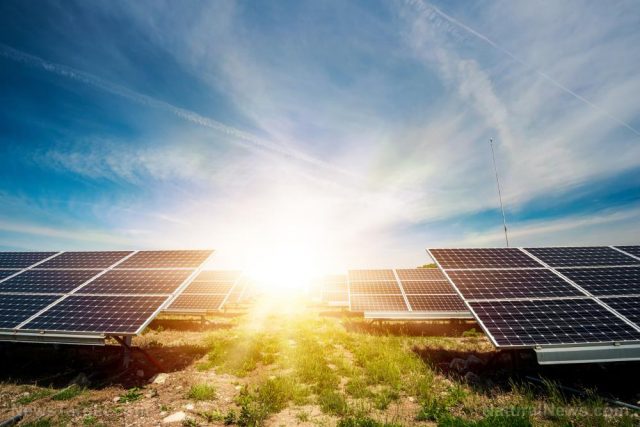 What is solar power? Solar power is the energy of the sun. It is also the source of almost all the energy used on earth. This article will discuss a few of the many functions the sun serves.

Fossil fuels that are used today for the production of gas and electricity were created with the help of sunlight. This is because in pre-historic times, plants that grew for centuries turned into the fossil fuels that exist and are utilized today.

Sunlight also functions to heat the Earth, and creates wind that turns windmills to produce electricity. Rain is created by sunlight evaporating water in the sky. Rain drops then fall down into streams and can be transformed into hydroelectricity.

In This Article hide
1 Thermal Energy
2 Solar Energy
3 Hydropower
4 How do Solar Panels Work?
5 What is in a Solar Cell?
6 What Methods are Used to Collect Energy From the Sun?

How does the sun heat objects? A car becomes hot on warm days because the sun’s light rays pass through the glass windows, onto the dashboard and seats. When passing through the glass, sunlight is converted into thermal energy, or heat. This heat then becomes trapped within the vehicle, unable to escape. Thermal energy cannot pass through glass as easily as the rays of the sun.

Solar every does not pollute the earth, nor does it require any wood, coal, gas, or oil. However, solar energy cannot be utilized as often as other natural resources because it is costly. Although sun rays are free, the real finance lies within the technology and equipment needed to garner and utilize the rays. Our contemporary society mainly uses solar energy when other forms of energy require much funding or are not available.

Unlike other natural resources such as oil and gas, hydropower is not exhaustible because it is a renewable type of power. One quarter of the world’s entire energy is produced in hydropower plants. An example of a hydro plant is the Hoover Dam, located in the Black Canyon of the Colorado River. This hydropower plant works to deliver water and electricity to millions of people in Southwestern United States.

How do Solar Panels Work?

Solar panels are also called photovoltaic cells. These cells collect and transform sunlight into electricity that can power objects ranging from small calculators and refrigerators to large satellites in outer space. How does this phenomenon occur?

What is in a Solar Cell?

How many layers does a solar panel consist of? Underneath the protective coating, solar cells have approximately six layers:

What Methods are Used to Collect Energy From the Sun?

As discussed earlier, energy can be harnessed from the sun in several unique ways: