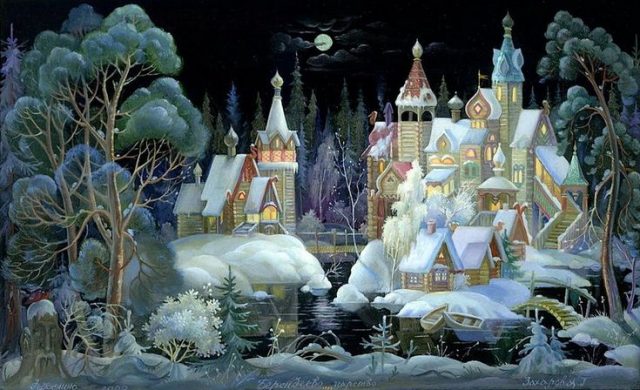 Celebrations of the six-day Russian Orthodox Christmas begin each year on January 7. This date is used in accordance with the old Julian calendar (January 7 on the Georgian calendar equates to December 25 on the Julian calendar). The Soviet Union’s communist government, attempting to promote atheism, replaced the Christmas holiday with New Year’s.

Though the Soviet government officially banned Christmas festival celebrations, they were unable to banish the re-telling of traditional holiday stories, filled with mythical characters rooted in ancient Slavic fairy tales.

In This Article hide
1 St. Nicholas/Grandfather Frost and the Snowmaiden
2 Story of Babushka

St. Nicholas is an extremely popular character in Russia. According to ancient folklore, 11th century Prince Vladimir traveled to Constantinople to be baptized and returned with the first stories about miracles performed by St. Nicholas of Myra.

Following the 1917 Russian Revolution, Christmas, along with other religious celebrations, was banned by the newly formed communist government. For the next 75 years, Soviet society transformed St. Nicholas into a figure named Ded Moroz, also known as Grandfather Frost.

Grandfather Frost is a stereotypically Russian character, often portrayed in a disheveled state, sipping vodka and occasionally dishing out punishments as well as rewards. Ded Moroz does not keep a list of who has been naughty or nice. Instead, he rewards children for making him laugh, being energetic, or just because he feels like it.

Celebrations including Grandfather Frost tended to disappear after the Soviet Union’s demise. Today, some political and business leaders are trying to revive the old legend in an attempt to defend traditional Russian values against the over commercialization of Santa Claus in Western countries.

Another legend is the story of Babushka, an elderly woman who lived in a small Russian town. One day, three kings appeared at her door with their servants. The kings, Caspar, Melchior and Balthasar, told the woman about a new king and asked to stay in her home until nightfall, when they could again follow the new star in the heavens to their destination.

As they prepared to leave, the kings asked Babushka to join them. Babushka declined the generous invitation, instead choosing to clean her home and look for a gift for the new king. She said she would follow the kings on the next day.

Babushka followed the kings’ path, but was always a day or two behind them. Finally arriving in Bethlehem, she discovered the baby had already been born. An innkeeper took her to the stable where the new king was born. He told Babushka the kings had spoken of her, but after finding Jesus, the world’s savior, they had returned to their respective countries. Babushka, saddened by missing Jesus, is said to still roam the countryside, searching for him and visiting the homes of children during the Christmas season. 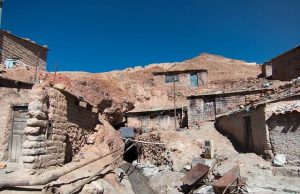 Lifestyle
Looming over what is said to be the world’s highest city, the towering cone of Cerro Rico is an imposing presence. The...