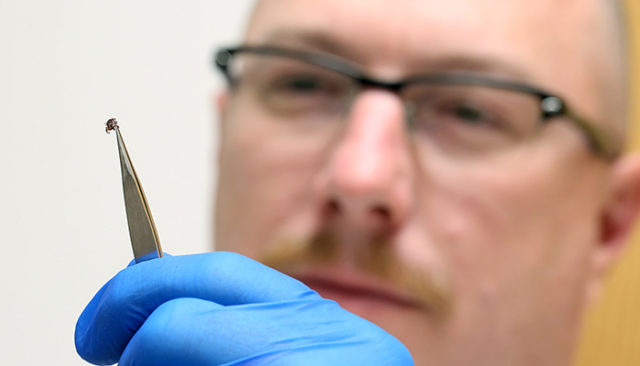 This may be one of the newer branches of forensic science, and to those who are a bit squeamish, a really creepy one.

Forensic Entomology is a Growing Branch of the Forensic Sciences

According to novelist and forensic anthropologist Dr Kathy Reichs, forensic entomology is not only a useful tool to decide how long human remains have been undetected, but forensic entomology can also be used to find out whether the body has been moved after death, the cause or it, and also solve cases of contraband trafficking.

But forensic entomologists get involved in abuse cases as well, where people are known to have stung elderly relative with wasps and bees and bloodspatter cases where flies have disturbed the pattern. Forensic Entomology is a growing and evolving branch of the forensic sciences.

Definition of a Forensic Entomologist

Claudia Dreifus, writing in The New York Times, described a forensic entomologist as “Sherlock Holmes with a fly swatter and tweezers.”

The website, forensic entomology.com defines the term as follows: “Forensic Entomology is the use of the insects, and their arthropod relatives that inhabit decomposing remains to aid legal investigations.“

Forensic entomology can be broken down into three general areas:

-The medico legal section focuses on the criminal component of the legal system and deals with the necrophagous (or carrion) feeding insects that typically infest human remains.
– The urban aspect deals with the insects that affect man and his immediate environment. There are both criminal and civil components to this aspect.
– Stored product. Insects are commonly found in foodstuffs. In a contamination case, for example, a forensic entomologist could be called on to serve as an expert witness.

How do Insects Help Forensic Scientists?

It has to do with decomposition. Insects are agents of this natural cycle of life and when a human body stops living, female insects who have entered any of the nine exposed orifices or wounds, lay eggs or larvae there.

“Insects can also be of help in establishing whether the corpse has been moved after death, by comparing the local fauna around the body, and the fauna on the body,” says Dr Kathy Reichs.

Collecting Larvae at a Crime Scene?

One of the standing mantras at a crime scene is to collect the largest larvae, because they will be the oldest. This means that if the crime scene technicians manage to collect four-day-old insects, the body has usually been dead four days. This can be critical information for investigators.

Evidence Collection at the Crime Scene

One of the most valuable things a forensic entomologist has is his or her collection kit. Like most forensic scientists who need to be able to provide evidence that will hold up in court, forensic entomologists need take copious amounts of data at the scene. They also need to take great care with the collection of insects for positive species identification.