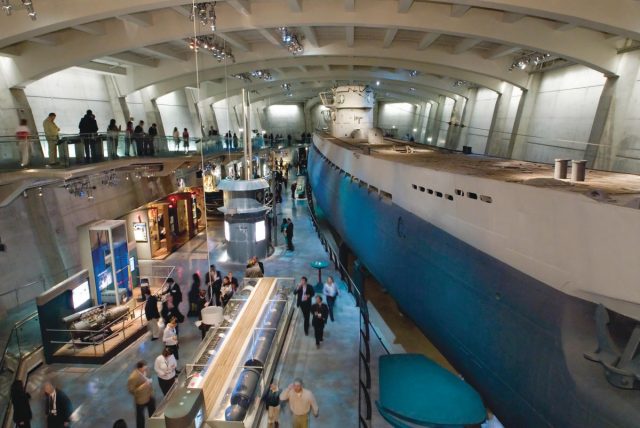 The Museum of Science and Industry is for everyone, particularly because it’s about everyone. This modern, multi-storied house of education showcases industry inventions throughout time, how humankind influences the environment, and what constitutes a person’s biological make-up.

Even in such a logical and objective place, visitors will find corners of magic that have nothing whatsoever to do with science. While some museums can feel dusty and ancient, the Museum of Science and Industry has a light and contemporary feel.

Popular Permanent Exhibits at the Museum of Science of Industry

The Museum of Science and Industry has dynamic, temporary exhibits to reflect breakthroughs in science and industry, however there are several permanent exhibits that have become famous over time with locals and tourists alike. Although it’s not possible to see everything thoroughly in one day, there are unique exhibits that visitors should make time to see.

A must-see for little girls and anyone who loved reading Grimm’s Fairytales, the Fairy Castle was created in the 1930’s by a silent film star named Colleen Moore who was enthralled with fairies at a young age and decided to create a miniature castle with library, chapel, great hall, and even a tiny treasure room for them.

The Museum of Science and Industry holds the only German submarine in the United States, captured from the Germans in the Atlantic by U.S. troops during World War II. Visitors can look at submarine artifacts and war mementos for free, but must pay for an additional ticket to board the restored submarine for a tour.

A favorite with children, but always captivating with adults is the heated hatchery where on one side, eggs hatch throughout the day revealing matted newborn chicks, and on the other, larger, older, and fluffier chicks run around and play.

Other permanent exhibits worth seeing are the replicate of a Coal Mine Shaft, the Henry Crown Space Center, the Transportation Zone with running model trains going cross-country from Chicago to Seattle, and the Omnimax Theater.

Temporary Exhibits at the Museum of Science and Industry

As with most temporary museum exhibits, an extra ticket must be purchased at the front counter or at the entrance to the exhibit as it is only at the museum for a limited time.

The winter holiday season at the Museum of Science and Industry brings the Christmas Around the World exhibit in the main entrance hall. Here, visitors can marvel at Christmas trees or glass boxes decorated with tokens that represent holiday traditions from a specific country’s culture.

For those interested, current and featured exhibit information can be found online.

Museum of Science and Industry Hours

The Museum of Science and Industry is a perfect Chicago sight for families and for that rainy day when sitting in front of a TV just doesn’t entice. Most visitors will take away at least one new fact learned for a lifetime.

Best Honeymoon Destinations In The World 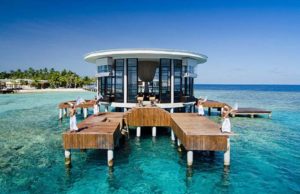 Lifestyle
Fiji, South Pacific Fiji is known for tropical sunset, bure by the water, barefoot walks on the beach and all the peace any honeymoon couple...

The Dangers of Herbicides in Food Crops