Due to the recent and rapid increase in the popularity of electric vehicles in the market, the number of new electric cars is about to increase radically. The main question is not if and it is when. The amount of pollution has been increasing rapidly as well. Due to which governments all over the world are increasing regulations to curb pollution.

Auto manufacturers are easily on the tough side of this phenomenon. The only rational option left with auto companies is to dedicate their resources to come up with new electric cars. Today, we will be talking about some of the most fascinating upcoming and new electric cars in the future.

Keep in mind that in this list we have only featured those models that have been officially announced by any company. We have also ignored mainstream rumors to keep up the integrity of this list. So, without wasting much time, let’s start with the first one.

The range and price of this new electric car are not yet decided or disclosed. Apart from being an Audi electric car, it is also a sports car. The concept of this car was released a while back in 2018.

During the launch of this concept, Audi’s head of interior design said the electric car would be available with almost identical features and they are not planning any radical design alterations.

There is a stylish sheet metal that hides a basic architecture shared with the Porsche Taycan, which is pretty impressive. There are two electric motors in the GT that provide 590 horsepower which means the Audi electric car can go from 0 to 60mph in 3.5 seconds.

This is one of the most anticipated electric cars in the near future and should definitely be on your checklist in 2021 when it hits the showrooms.

This is another one of the surprisingly large roasters of Audi electric car. The concept of the Audi q4 was released a while back and it was made clear that this range of new electric cars is not set to hit the showrooms in the far future. This electric car hits the showrooms in 2021 as well which means the production is already underway.

During the concept launch, it was released that the Audi electric car offers 301 horsepower due to a couple of electric motors that are linked to an 82-kilowatt hour lithium-ion battery pack.

The concept could easily hit the showrooms as it is, but it was said that the range will also include a single motor, more accessible rear-wheel-drive model which must be an interesting look.

This BMW electric car is a sedan which has its size almost similar to the 3 series. The release of this car and its performance in the market would be very interesting to see as this looks like a direct competition to Tesla model 3.

Although this BMW electric car will not hit the showrooms until 2021, BMW has already revealed that this model will have a 2-motor setup that will carry a 530-horsepower powertrain.

BMW has confirmed that the next generation 7 series will have a total of four powertrain types: electric, hybrid, diesel, and gasoline. Undoubtedly the BMW electric car is gathering the most attention. The powertrain technology used in BMW i7 would be identical to the i4.

Chevrolet is also jumping on the bandwagon with a crossover of the Bolt. This model could be classified as a combination of an SUV and a hatchback. However, not much has been disclosed about this electric car by Chevrolet at this point.

This is one of the most impressive electric cars on this list. However, the production process of the Faraday Future FF91 has been convoluted and rocky till now. Nevertheless, the production is likely to start by the end of 2020 in California.

The design of this model is very spacious. It also offers more than 1000 horsepower that means it can reach from 0 to 60 miles per hour in 2.3 airtel. We are surely looking forward to this one. The Faraday Future FF91 is expected to be sold at a base price of $120,000.

Ford is easily America’s bestselling vehicle for decades. Now the veteran car manufacturing company is moving into the electric sector.

It has been confirmed that they are currently working on a battery-powered version next-gen F-150 but there has not been much else information about the exact model as the delivery is expected to be around 2022 which is pretty far away.

Some may argue that calling an electric vehicle a Mustang could be a little controversial but Ford has insisted that the model will not disappoint. The main focus of this car is to combine design with performance.

The base range of this vehicle is 230 miles with a price range of $43,895. If you want to grab this vehicle, you do not have to wait much longer as it is expected to be in showrooms by the end of 2020.

It may come as a surprise to many people, but the previously gas-guzzling Hummer is now making a comeback as an electric car. GMC is bouncing back its brand by offering an electric car that has up to 1000 horsepower capacity.

There has not been much information about the price range and price of this electric car but we are certain that it would be available by 2021. However, we are expecting a lot more information from the company in the upcoming months.

As the name suggests, Honda is also coming up with its first purpose-designed electric car Honda EV. Unfortunately, this is not available in the United States.

But do not worry as the company is planning to borrow powertrain and battery technology from General Motors to come up with two EVS specifically for the American market.

Again, not much is known about the configuration of this electric car as it is expected to hit the showrooms by 2024.

Lotus is very popular in the American market but not for its electric cars. They are on their way to launch the EVIJA that is completely different from anything they have launched in the past.

It packs a 2000 horsepower electric powertrain that means there is a motor behind each wheel. With all of these attractive configurations and designs, it is only natural that the price is at a high tier as well. It is estimated to cost around $2.5 million. 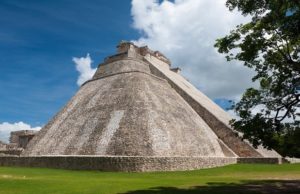 Lifestyle
With 29 sites, Mexico has more sites on the UNESCO World Heritage list than any other country in the Americas. During the 1990s, the...