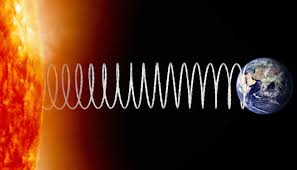 Is time travel possible? Of course! Time travel is commonplace.

On waking, every conscious being is aware of passing through time effortlessly, day after day, year after year, at exactly the same rate. The difficulty lies with moving through time faster than everyone else.

Some of the greatest minds in history have struggled with the formidable question: is time travel possible? Isaac Newton said no; he believed that time is absolute. It is like an arrow that, once fired, soars in a straight line.

Albert Einstein had a more dynamic theory. He understood that time is more like a river; meandering and flowing around galaxies, sometimes faster and sometimes slower depending on gravity. A fellow scientist at Princeton, Kurt Godel, expanded this to allow for “whirlpools” to develop, where moving along the direction of rotation would send the observer back in time.

Fuelled by modern physics, the great Stephen Hawking was torn. He once vetoed the idea, stating that future time tourists would have made themselves known by now. But it is argued that they may simply not be interested in doing so.

Further study convinced Hawking that time travel is possible – albeit impractical. Fellow scientists now agree that the potential exists. Like space, it is theoretically possible to shift through different points in time. The debate now lies with the ability for a person to move through and interact with this fluid construct.

The Paradox of Time Travel

One practical problem is that paradoxes may occur. A person may interact with historic events (thought to be set in stone) or see the future (which supposedly hasn’t happened yet). For instance, if a man travels into the past and kills himself as a baby, will he cease to exist in the present? If so, how could he ever have grown up to travel back in time and kill his younger self?

Therefore, any successful time travel theories must explain how paradoxes can occur without disrupting the established rules of cause and effect. Alternatively, they must eliminate the issue altogether.

Through The Looking Glass

The Multiverse Theory may provide such an answer. It states that there are an infinite number of parallel universes, which account for every possible outcome of every event. For instance, another universe has a stronger force of gravity than in this universe, so that the galaxies and solar systems do not form the same way. Humans do not exist there.

So, with parallel worlds, a time traveller may visit the past – but instead of interacting with his own past, he is now in a new universe that is quite separate from his own. He may kill himself as a baby, because the original version of himself was never harmed.

Travelling forward in time is permitted too. The man enters the future of another separate universe, and any changes could not impact the future of his original universe.

There is no doubt that more time travel theories will unravel. The Multiverse Theory itself is a far fetched notion, and some scientists object to the absurdity of infinite parallel universes. Nevertheless, nature is defined by quantum mechanics, so future time travel theories must evolve out at the quantum level. And that will inspire all kinds of exotic theories. 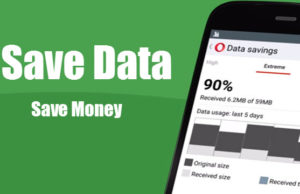 Android
Data saving is one of the major calls for smartphone users in developing countries like India where data connectivity is poor in many parts...