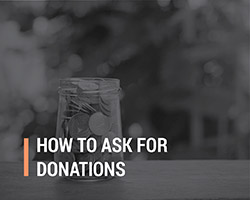 Non-profit organizations, high school athletic teams and church bake sales. What do all three of these have in common? They all usually have to ask someone for donations. Asking for donations is a daunting experience but it can be simplified by following a few simple and easy steps.

Collect a list of people, organizations and businesses to solicit donations from. This list should include large businesses, local business owners and individuals who are civic minded and may be interested in making a donation.

Create a donation request letter geared toward the target audience. Specify what types of donations are being requested and how the donations will be used. Often organizations are not only looking for monetary contributions but also donations of goods and services, if this is the case include that information in the request letter.

Make it personal by adding a picture. If donation request are being made on behalf of a sick child, include a picture of that child. If a local family lost their home to a fire and donations are being requested to feed, clothe and shelter them, include a photo of the fire damaged home. The more personal the request letter, the more time the recipient will spend reading it.

Include a section in the donation request letter explaining what the donor can expect in return for their donation. Will they be recognized in some way? Will their name be included on a flyer or banner with other donors? Will they be thanked verbally at an event?

Offer multiple ways of donating. Allow donors to make monetary donations by cash, credit card, personal check and even with PayPal. Also give them the choice to either drop off or have someone pick up any tangible goods that have been donated to the event.

Mail the donation request letter to everyone on the suggested donor list. To ensure the letter is actually opened and read consider doing something creative such as mailing it in a small Ziploc baggie or use a custom made envelope.

Follow up with potential donors about two weeks after sending the donation request letter. Ask if they received the letter and if they have made a decision. If they are sounding pessimistic, ask what their reservations are. Be prepared to go into more detail about the organization and what the donations are going to be used for.

Send thank you letter to everyone who donates. Keep their information on file for next time.

Additional Tips That May Help When Requesting Donations

When following up with donors, instead of asking if they would like to make a donation ask if you can put their name down for a $25 donation to help the organization. This makes it harder for them to wiggle out of it.

Do not leave a message will calling potential donors. Their time is valuable and they often won’t return donation request calls. Instead try again another day at a different time.

If it’s a large business or someone the organization knows personally consider hand delivering donation request letters. This makes a large impact on the donor and shows that one is committed to spending time working for their cause.

Businesses and individuals are usually very willing to give especially if it’s going to make a difference in their community. Never be afraid to ask, the worst they can say is “No.” 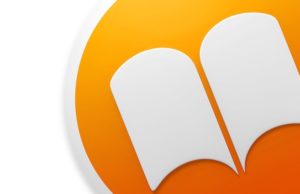 Apps
A few are really using iBooks on Mac for leisure reading, mostly the app is used for research projects, assignments and other school works...

Why Killarney Provincial Park Is Popular Among Tourists In Ontario