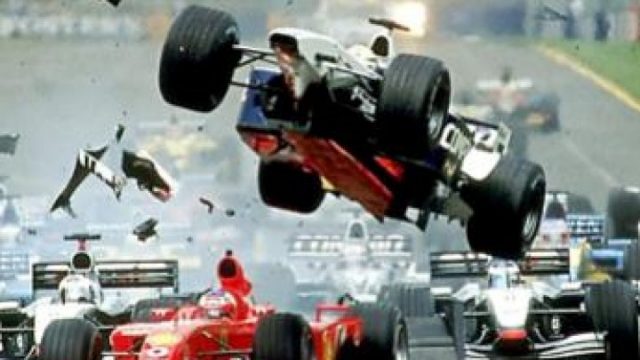 Onofre Marimon holds the unfortunate distinction of being the first driver to perish in a Formula 1 crash during a World Championship event. In the years that followed Marimon’s fatal F1 crash at the Nurburgring in 1954 many other drivers also paid the sport’s ultimate price.

There were few racing drivers more determined than Englishman Bob Anderson. Having enjoyed a successful career racing motorcycles he moved into single-seaters during the 1960s. Anderson soon became a stalwart of the Formula 1 scene, entering his own car which he transported around Europe on the back of a Volkswagen van barely able to carry it.

By the time of the 1967 F1 season Anderson’s well used Brabham was no match for modern Grand Prix machinery. Optimistic as ever, Anderson turned up at a wet Silverstone in August that year to carry out some testing ahead of the next race in Canada.

On the slippery track Anderson lost the Brabham and slid into an unmanned marshal’s post. What followed exposed the hopelessly primitive safety precautions of the age. With no doctor on standby a local GP had to be summoned, while Anderson’s mechanics tried to free him from the wreckage. Anderson, conscious and in terrible pain, was then loaded into an ancient ambulance for the journey to hospital in Northampton.

The ambulance, devoid of oxygen or a siren, found itself stuck in traffic. Another ambulance was requested to meet them, but Anderson died in agony before reaching hospital, from multiple injuries. His experience in the aftermath of the accident rates Anderson’s as one of the worst Formula 1 crashes of all time.

Formula 1 Crashes of Cevert and Koinigg

For many years Watkins Glen was a popular venue for the final race of the Formula 1 season. In 1973 the mood was light hearted. Jackie Stewart had already clinched his third F1 title and was contemplating the final Grand Prix of a glittering career. François Cevert, Stewart’s team-mate at Tyrrell, was unaware of his good friend’s imminent retirement.

Qualifying had almost finished when Cevert headed out for one last shot at pole position. Soon after, a hush descended over the circuit. Cevert had crashed heavily while negotiating the fast esses section. The violence of the accident was compounded by the failure of a barrier, which effectively ripped the number six Tyrrell to pieces. Cevert died instantly.

Twelve months later the Watkins Glen barriers once again played a part in a Formula 1 crash, which claimed the life of promising young driver Helmuth Koinigg. Tyre failure sent Koinigg’s Surtees off track and into a barrier. Unfortunately, the bottom layers of the barrier gave way while the top one remained intact. Spectators and marshals looked on in stunned disbelief at what had occurred. Despite showing real promise as a racing driver Koinigg is best remembered for being the victim of one of the worst Formula 1 crashes of all time.

Top Tips How To Learn From Failure, Become Successful In Life... 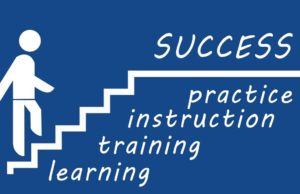 Business
Top Tips How To Learn From Failure, Become Successful In Life (Part I) Learn to diversify. Know how to pivot. Remain flexible and agile. Never...

How to Install Glass Blocks