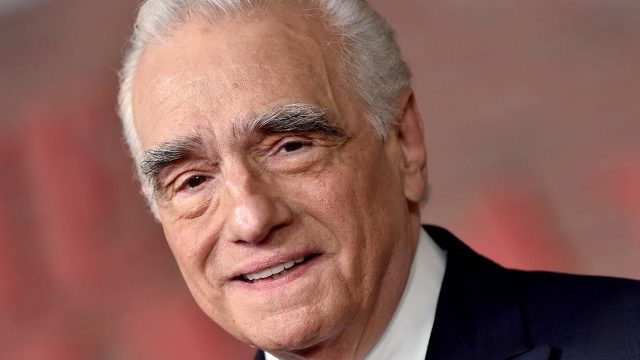 When we talk about some of the best living directors that have the most impressive set of movies under their belt, Martin Scorsese’s name comes in mind. Martin Scorsese has been entertaining audiences with his amazing vision for more than 3 decades.

He is also one of the best crime movie directors that are alive right now. He is an expert in showcasing the violence and terror that entails the lives of the most notorious gangsters.

Most of his fans would say that martin has not made a single bad movie in his entire carrier and that is saying something. He certainly has made some of the best crime movies of all time. But, obviously, there are certain movies that stand out from some other movies.

If there is one movie that can somewhat match the likes of The Godfather, it is Goodfellas. It is about a young Irish boy who is obsessed with the NY mob and their feared personas and wants to be one of them.

As when he gets his way, things start getting complicated for Henry Hill due to some mafia business. Ray Liotta is nothing but mesmerizing in this film and he gives one of the best performances of his carrier. Moreover, Goodfellas also has Robert DeNio and Joe Pesci in prominent roles.

Overall, this is not just one of the best Martin Scorsese movies but is THE best in our opinion.

Martin Scorsese is very good at showing the different life phases of a character. He did this in The Aviator and also in Raging Bull. Raging bull is a movie about Jake LaMotta who turned into a comedian after boxing for a while.

He had a great and sometimes uncontrollable passion towards boxing which leads to his entanglement with the mob, hampering his inter-personal relationships and his own well being.

The movie is heavily heart-shattering towards the end. The story of Jake LaMotta is easily one of the most tragic stories portrayed in cinema history.

Most of the movie that Martin Scorsese makes is based on a real-life story. The same applies to the 2004’s The Aviator in which Leonardo DiCaprio plays the role of Howard Hughes, a successful and passionate person in love with the fields of aviation and film.

The movie also depicts an extreme case of Obsessive Compulsive Disorder which becomes more and more intense as he gains success.

The Aviator is one of the best films of Martin Scorsese and is still pretty heartbreaking as it is tragic to see Hughes face sheer circumstances due to his illness and his deteriorating success.

Martin Scorsese’s The Departed features a cat-and-mouse story where there is a mole from the mob in the police force and a mole of the police force in the mob. As it may seem apparent, it leads to a lot of bloodsheds by the end of the movie.

The ending of “The departed” is utterly satisfying and almost every character has a definitive closure. After being nominated several times in Academy for The Best Director, Martin Scorsese won a lot of awards including the Oscar for this movie finally.

Moreover, adding to the list of Martin Scorsese’s awards for this movie, he bagged the Golden Globe Award for best director.

This is a movie from which Martin Scorsese started getting recognition as a talented filmmaker. The story of Taxi Driver (which stars Robert DeNiro) follows a discharged war veteran who is now settled in the city of lights, New York.

He faces trouble falling asleep so he drives a taxi almost all the time. He becomes increasingly frustrated with the continuous evil and debauchery he encounters during his job as a Taxi Driver and in general too.

Okay, so a remake on a top 10 list? Well, if you had seen “Cape Fear,” you would not doubt its place. Yes, it is a remake but Martin’s unique edge adds a lot to the original movie in a great way.

The story of cape fear follows a lawyer played by (Robert DeNiro) who gets in life-threatening trouble when one of his rapist clients finds out that he had some essential evidence that he hid which would have decreased his prison sentence.

De Niro also won an Oscar for his phenomenal acting in Cape Fear.

The story of Gangs of New York is set in the mid-1800s where rivals “gangs of New York” are scrambling for superiority. The movie revolves around Bill the Butcher and Amsterdam who is the son of one of Bill’s deal rivals. Amsterdam tries to fit in so that he can get his revenge.

Leonardo DeNiro is featuring in a Martin Scorsese movie and is as usually phenomenal. But the performance of Daniel Day-Louis in this flick really stands out.

The vintage New York setting is a treat to sore eyes. Martin Scorsese won a lot of awards for this movie including the Golden Globe Award for Best Director.

Martin Scorsese’s Casino is based on the real-life Frank “Lefty” Rosenthal, who is called Sam “Ace” Rothstein in the film. Sam played by Robert DeNiro is the main supervisor of a Las Vegas casino that is owned by the mob.

There are numerous hurdles he faces in his path of running the operations smoothly. Things get even more difficult when the mob sends a guy to assist or overlook Sam’s work (Joe Pesci). Although not as good as some of the other crime films Scorsese has put out but it still is a damn good movie.

Everything that comes into your mind after listening to the word “Wall Street” is perfectly depicted by Martin Scorsese in The Wolf of All Street. This movie is based on the life of Jordan Belford who scammed investors during his job as a stockbroker.

There has been some well-driven criticism about this movie for glamorizing the life of Belfort who scammed millions. But, as a movie, it is a solid watch. Also, Martin Scorsese won several awards for this movie including an Oscar nomination.

Hugo is an example of the versatility and range of Martin Scorsese as a filmmaker. The story of Hugo revolves around a little curious boy who has to witness the hurdles of the world himself without the supervision of any adults.

The story is based on a graphic novel and is a wholesome family movie, which is not the headline for most Scorsese movies. There were a lot of awards that Martin Scorsese won for this film including Golden Globe Award for Best Director and Oscar nomination.

There are a lot of good Martin Scorsese movies in his career that spans longer than three decades. Pin Pointing some as the best Martin Scorsese films is not an easy task by any means. But we have sorted out the top 10 movies of the Oscar winner Director as per our personal opinion.

If you would replace some movies mentioned here then feel free to comment down below and let us know.