Hollywood loves making bad guys look cool, and audiences love it. In the 20th century, there were hundreds of crime thrillers released. Most of them were highly successful in their box office run. Moreover, some of the best crime thriller movies off all time came from this era.

All the good crime movies share a very real-life touch to them. People are afraid of gangsters and criminals in real life, but they are equally interested in learning how a person turns to another side.

Top crime movies have shown us the way these high profiles and dangerous criminals operated. They all had a set of morals and codes that they followed in order to keep in their empire intact. There have been other genres mashed with the crime scene apart from the thriller genre.

After the success of some of the best crime thriller movies, crime comedies became a thing. This combination was not foreign as most gangsters and criminals find killing and murder hilarious. This calls for over the top celebrations and joy.

Today, we will list 10 of our best crime movies of all time. Obviously, this is completely our personal, opinionated list. It is very difficult to choose out the ten best crime movies out of the huge numbers of movies released in this category. So, without rambling any more, let’s begin.

There have been many Martin Scorsese movies in the crime genre, but there is hardly a movie that is as memorable and precise as Goodfellas. The movie has been heavily criticized for allegedly glamorizing mob life and gangster since the year 1900 when it was released to date.

Despite all of that, this movie’s legacy in this genre has remained untarnished even after 20 years since its initial release and is one of the best Martin Scorsese films ever.

The movie’s lead star, Ray lliota, plays a half-Sicilian half-Irish guy who wanted to be part of the New York Mob since his childhood. He was attracted to the power and status those mafia guys have in his neighborhood.

Along his path, he meets other players in the game, including Robert De Niro’ Jimmy Conway, his mentor, and Jor Pesci’s Tommy DeVito, his partner-in-crime. Apart from being a true-crime movie, it is known for its notable use of freeze frames and jump cuts.

This is one of the most unconventional movies on the list. The plot revolves around a couple, Georges (Daniel Auteuil), a popular TV commentator, and his wife Anne (Juliette Binoche).

The couple receives a set of intimidation tapes that often depict violence. There is no dramatic music, no suspenseful build for the most violent scenes. After one of these tapes, George rushes to the house of an Algerian man named Majod.

Georges knew the guy since he was a kid, and it is one of the ways the film tries to depict the West’s mentality towards Muslims worldwide. This political agene is not repetitive and on the viewers’ faces. The movie is overall a chilling thriller crime movie that required attention till the end.

Get Carter is a 1971 British crime movie that is one of the best true crime movies of all time. All the characters in the movie seem to be living a life that appropriately represents the state of Tyneside that is motivated by poverty and culture.

As a crime thriller, we can safely say that Get Carter is more brutal and cold than any other British movie in this genre.  This is not just a movie; it is like a history lesson of those times.

After the utter failure of Reservoir Dogs two years ago, people were expecting Quentin Trentino to bounce back, and he certainly needed this movie to succeed. Let’s just say he created history.

This is a portmanteau crime move that involves several characters and how some incidents connect their lives. The best part of the movie is that the stories are not presented chronologically, which leads to the three stories meeting in the most unusual ways.

This is a 1944 adaptation of M Cain’s 1935 novella. The movie is about an insurance agent who gets involved in a murder.  The lead actor Fred McMurray was known for his more comic roles, but he played a great role in this classic noir movie. His co-star is Barbara Stanwyck.

The move is a very good crime thriller, and it has some chilling spine shots like the close-ups on Stanwyck’s face. However, the movie is still pretty old for some people to follow.

This is a movie adaptation of the 1954 novel from Thomas Narcejac’s and Pierre Boileau, D’Entre Les Morts (The Living and the Dead). It is one of the best Alfred Hitchcock crime movies.

The movie stars James Stewart, who plays a detective who Is suffering from acrophobia, and he develops a dangerous obsession towards an oil friend’s wife after he is hired to investigate her strange activities. She later commits suicide due to this. Vertigo is a very good crime thriller that focuses on the effects of obsession and desire.

Chinatown is a classic crime movie. It was released in a period that was released, produced, written, and conceived in its entirety during the stressful period of Watergate and Nixon’s fraught second terms and Vietnam War.

Regardless, the movie retained its charm and timeliness as it was set in the summer of 1937. It deals magnificently with the complex politics regarding water in the arid West.

Cinema has a way to make people adore and support the protagonist no matter how evil they are to everyone else. It’s like the viewer is putting himself in the shoes of those criminals. The popularity of those movies has not faded away in the 21st century.

Visionary directors like Martin Scorcese, Christopher Nolan, and Coen Bros. have continued the legacy of crime thrillers in the 21st century as well with movies like Memento, The Irishman, Departed, the City of God, among many others.

In popular culture, there are only a few good crime movies that are widely known. But, there are other movies that may not be equally popular but are still great if not better. Again, the movies mentioned here are the best ones, in our opinion, and yours may differ.

Which is the best crime movie according to you? Do you agree with these picks?  Please let us know in the comments section down below. Best Buy Near Me Hours – what time does best buy close or open? 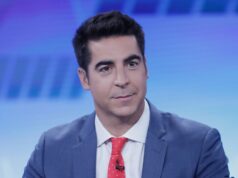 How Tall Is Jesse Watters: A Fox News Star? 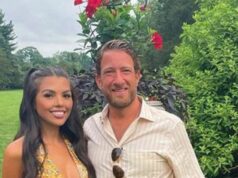