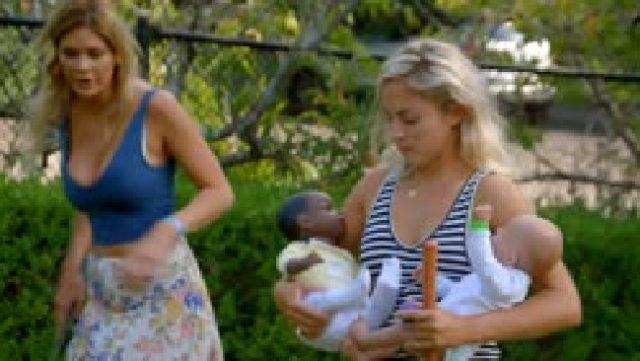 Teenage girls who took the weekend program of mothering a robot baby to mirror real experience of parenting didn’t benefit in the way it was thought.

Being a part of sex-education in schools and other institutions, the program was aimed to reduce teenage pregnancies, but latest report reveals the result was just opposite and more teen pregnancies were seen.

The report from Australian research reveals the so-called Baby Think it Over dolls didn’t help in cutting the teen pregnancy rates, but in actual has increased it.

Details of the study are published in The Lancet medical journal. It writes the lifelike computerized dolls didn’t help in the prevention of teenage girls getting pregnant compared to those who didn’t receive such high-tech sex education.

According to study author Sally Brinkman, “The program was supposed to put students off and then they would take extra steps not to get pregnant.”

Brinkman is from Telethon Kids Institute in Western Australia. He added the result was surprising to them as the intervention didn’t work and in fact it increased the pregnancy rates.

Also known as robo-babies, the doll were developed some twenty years ago by former NASA engineer Rick Jurmain and acted as infant simulators.

Jurmain is well known who had founded the U.S.-based manufacturer Realityworks with his wife.

Realityworks Chief Executive Timm Boettcher said “The study was not a representation of their curriculum.

Each doll cost several hundred dollars and is being used in 89 countries as a key part of pregnancy prevention programs in schools, churches and community groups.

Dietary Supplements Are Not Safe, May Cause ER Visit: Federal Study