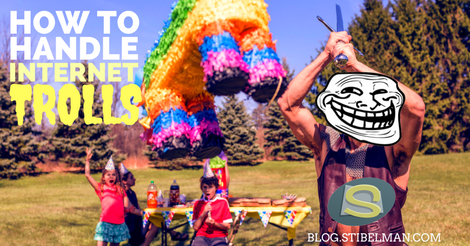 On the Internet, very few people know who you are. For some, this is an opportunity to deliberately provoke and annoy people. Such behavior is known as trolling.

The Definition and Origins of Trolling

According to the Oxford English Dictionary, which added the term in 2006, the earliest known example of trolling was in 1991. The newsgroup alt.folklore.urban started trolling as a humorous ploy to identify new users: The practice was known as “trolling for newbies” and consisted of an experienced user posting an urban legend that was so familiar to the veterans that only a new user would respond. The practice was the equivalent to a practical joke and served to distinguish between insiders and outsiders.

Only later did trolling become a troublesome addition to online culture. A troll will come to any online discussion and deliberately try to wind people up. This is achieved by attacking with words, taking a contrarian view for its own sake, or generally trying to seed dissent and worry in the group.

How to Handle Trolls in an Online Group

For whatever reason, trolls are attention-seeking. As such, they will continue to troll until such a point as they are either evicted or they do not get the reaction they require. The trick is to recognize a troll’s behavior for what it is. In a group used to reasonable behavior, the troll may initially be taken seriously, his viewpoint considered with a respect that is not returned. Only later will it become obvious that this person is perpetrating a deliberate provocation.

By then, the group may be upset, its balance disturbed and somewhat mistrustful. Since a troll is the online equivalent of someone picking a fight in a bar, the members of the online community may find themselves feeling emotionally sore and not as safe. In some instances, they may leave.

What Happens When Online Communities do not Feed the Trolls

Like fires, trolls given no fuel will soon fade out. A wise online community will figure out what is going on and quietly exclude the troll. While in some cases it is possible to mistake a genuine concern for true trollishness, the exclusion will quickly separate wheat from chaff.

Somebody with true concerns will find a less abrasive way to express them. Someone who is only interested in seeding trouble will find the location less fun and go away. Worst case, an administrator can ban the person; this gives the troll some attention, but also means she cannot return.