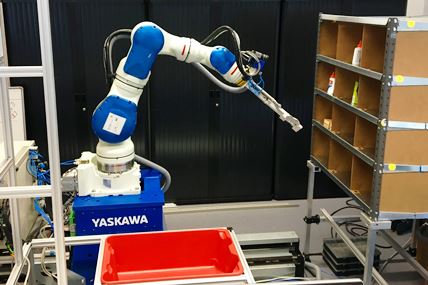 Amazon has lately increased its robot employees by about fifty percent compared to last year’s holiday season. Currently it has about 45,000 robots where as during the holiday season of 2016 it had 30,000 robots to work alongside 230,000 humans.

It seems the world’s largest e-commerce retailer has some good love for automation. Some four years ago it bought Kiva Systems that was invested by a Boston-area robotics firm.

It is not know as of now how much robots will be employed in the first quarter of 2017 and experts believe it may be around 50 percent.

However, the robot army is still in experimental skills and human brains monitor those.

Amazon Chief Financial Officer Brian Olsavsky said, “We’ve charged, again, the automation, the size, the scale many times, and we continue to learn and grow there.”

Olsavsky further added it is not known by them what will be the general trends in adoption of robotics as some of the fulfillment centers are outfitted in robots while others don’t for economic reasons.

However, one point to be noted here that Amazon’s experiments with automation extend is not limited to the warehouse, but even outside it like the artificial intelligence and computer vision.

Amazon has also opened a cashierless store in Seattle and its first delivery with the help of automated drone has been successful.