Steve Young was born in Georgia on July 12th, 1942 and spent his childhood and teenage years in Alabama, Georgia, and Texas – travelling around as his dad looked for work.

While attending high school in Beaumont, Texas (a place Steve describes as,”One of the armpits of the world”), he became fascinated by early rock ‘n’ roll, and was given his first guitar.

Long before acquiring the instrument that would change his life, Steve had already set his heart on becoming a performer.

“I announced when I was a very small child – I don’t even remember this – but I announced to people that I would be a musician,” he laughs. “They said I had a toy plastic guitar, and that I would make up these songs, and after about 30 minutes, they would say, ‘We’ve heard enough of this!’

I never let go of that idea when I grew up. I wanted a guitar, but my family was very poor and it was a lot of money to get a real one, and so I couldn’t get my hands on one till I was about 14.

Perhaps surprisingly, for an artist who would later become known for his tough, no-nonsense “outlaw country” style, the young Steve soaked up all the music he listened to on the radio, refusing to let himself become pigeon-holed.

“I had the fortune to grow up in a time where all the old music wasn’t yet dead and stamped out by corporate radio or whatever,” he explains, “and I heard some music in the charts which I was made to go to. I remember the street singers in Alabama and places like that.

Usually, they were black and there’s no music that ever moved me like black music. I mean, it was from the heart, it was something that would pierce me as a little child and it just made a tremendous impression on me.

Of course, I liked all the country, Bill Monroe, and whoever… Hank Williams , but also you heard some pop music. The Hit Parade was still on TV and the standards, Body and Soul and things like that, Sinatra, early rock. I saw that born, so I lived through a lot of little eras.”

Steve also looked beyond music for ideas and inspiration, something that set him apart from his peers at the time.

“I wanted also to be a writer, like a book writer,” he says, “and I admired literature very much. I was the only kid who liked American literature class in high school. We studied all the English-speaking writers from T.S. Elliot to Robert Burns to American poets and so on, and I just thought that was heaven you know?”

Steve was also intrigued by the counter-culture movement of the 1950s, perpetrated by the free-thinking writers, known as “The Beat Poets.”

I was a little bit late for that, though. Every chance I get, I go to San Francisco, to City Lights. I just admire that time and those people, and I still do.”

This early exposure to the thoughts and ideas of arguably the two most revolutionary movements of the 1950s – rock ‘n’ roll and beat poetry, undoubtedly helped Steve on his way to becoming an integral part of the free-spirited, stripped down country music of the 1970s, and led him to the status of highly respected, uncompromising singer/songwriter that he still holds today. 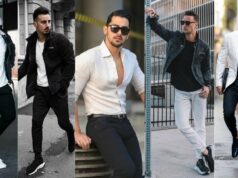 How To Wear Black and White Outfits Men (10 Ideas)? 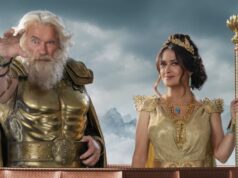 How Much Is Vanna White Net Worth, Weight, Family, Kids, Wife,...