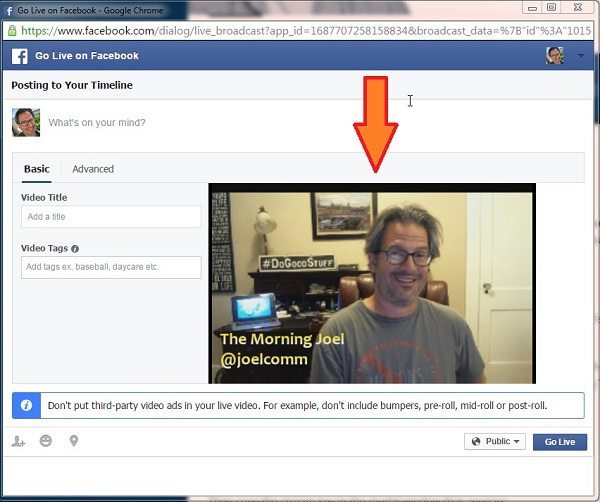 If you are at home and on your desktop or laptop, you won’t be neglected by the Facebook’s Live feature. Only smartphone is no more a mandatory to broadcast yourself. Soon the feature will be rolled out on non-mobile devices too.

Facebook said the feature will soon be rolled out to browser too and users just need to select a “Live Video” button and start streaming immediately.

The button will be made available in the status update box.

According to AdWeek, the Facebook feature is coming to browser following great demand for it from vloggers, journalists and do-it-yourselfers.

Search Engine Journal meanwhile shared a video of the live streaming of a user named Delilah Taylor and is believed to be one of the first to gain access to the tool.

This is a big step for tbe feature but neeed to compete with similar tool at YouTube and Twitch. Previously the Facebook Live competed just with Twitter’s Periscope.

Meanwhile, AdWeek adds the feature will take some time to rollout completely.

Facebook’s statement reads, “We’re starting to roll out the ability for people to broadcast live on Facebook from their desktop or laptop.”