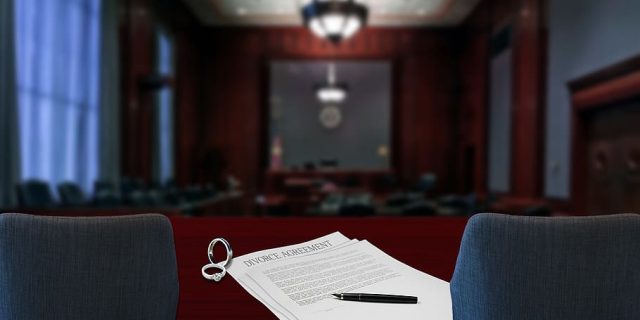 Being a lawyer is a somewhat tiresome job, and lawyers surely need some downtime to keep their mental health sound. Furthermore, law students are under a lot of recurring pressure as well. The best way to relax is to turn off the lights and stream some classic legal movies. Lawyers also love watching these legal movies to point out their unrealistic aspects to their friends.

That is not to say that all lawyer movies are completely unrealistic, as some lawyer movies are really good at depicting everything almost accurately. Regardless, we know that Hollywood loves legal movies, and we as audiences have loved them.

Today, we have listed the Top 10 best lawyer movies that are worth your precious time as a lawyer or even an aspirant.

On the Basis of Sex

As a law student, stories of other people in the same field are a great motivation source. “On the Basis of Sex” is a movie biopic based on the journey of Supreme Court Justice Ruth Bader Ginsburg.

There have been several projects based on her life, including the 2018 documentary “RBG.” This movie focuses on the life of Ruth Bader Ginsburg from her law school days to her initial gender discrimination lawsuit. This is a perfect legal movie for law students.

The first one is based on the Supreme Court Justice’s real-life story, and this one is based on a book by the name. We would recommend you to read the book for maximum knowledge and understanding, but if you understandably do not have the right amount of time, you can watch this 113-minute movie.

The story of this movie revolves around a relationship between a law school’s student with his professor and the professor’s mysterious daughter. The plot follows a Socratic method of storytelling and makes for one of the best legal movies to date.

This is one of the most popular cases in the history of law, and you are likely to study the Loving v. Virginia in your constitutional law class. But as you would learn, this story is more than just a case study.

The 2016 film, directed by Jeff Nichols, depicts the hardships faced by Mildred and Richard Loving when they are arrested in 1958, Virginia, due to their interracial marriage.

This situation was then taken to the Supreme Court of the United States. We would recommend you to watch this movie before reading the case law as it would provide you the required background for understanding the circumstances better.

This may not be the most popular movie adaption of a John Grisham novel, but “The Client” is one of the best lawyer movies that requires attention for two different reasons. The first one is the amazing performances by William H. Macy, Tommy Lee Jones, and Susan Sarandon.  Another one is that it is one of the few stories that focus on one of the least dramatized areas of law: dependency law.

This is not exactly a movie but a documentary that focuses on the 13th amendment of the Constitution United States, which states: “Neither slavery nor involuntary servitude, except as a punishment for crime where the party shall have been duly convicted, shall exist within the United States.”

The film tackles racial discrimination, the American prison industry, and mass incarceration. You must be aware that this documentary places a mirror of the society in front of your eyes and is not that easy to watch.

This documentary by the renowned director Warner Herzog focuses on one of the most lethal parts of being a lawyer, a death penalty. As a lawyer, many people would ask you about your opinion on the death penalty throughout your career. This brilliant documentary on this topic will definitely make you think more about this well-known part of the justice system. You must definitely watch it to gather interesting insights.

This movie is yet again based on the real-life story of Supreme Court Justice Thurgod Marshall. The movie stars Kate Hudson and Chadwick Boseman and revolves around an early trial of the life-long career of Supreme Court Justice Thurgod Marshall. He travels to Connecticut to deal with a case in which a black chauffeur is charged with attempted murder and sexual assault of his white employer. This was also the case that led to the creation of the NAACP legal defense fund.

This movie follows a close-to-reality case where a legal assistant, played by Julia Roberts, assists in winning one of the largest settlements ever against a power company in California who is apparently polluting the water supply of the city.

This one is a proper classic legal drama, the story of which revolves around a juror who is trying to prevent injustice by persuading his colleagues to reform their opinion by reconsidering the evidence.

Jurors are often misrepresented in the movie and even in real-life, and this movie, starring Henry Fonda, shows jurors’ perspective and their mindset during a hearing. This movie also shows the true nature of a courtroom hearing from a different unorthodox perspective.

If you are in a law school, you must or not be aware of the fact that lawyers are not always morally right. Unlike many other lawyer movies, “Michael Clayton” focuses on the dark side of being a lawyer. The movie’s plot revolves around a fixer hired by a law firm to get things sorted after one of the firm’s lawyers has a breakdown while representing a chemical company that he knows is guilty.

If you are not a lawyer, the things that happen in the movie may seem a bit too unrealistic, but that far from the truth. You will surely end up shuffling the pages of the Model Rules of Professional Conduct.

Watching legal movies is a great way for us to relax a little bit and not worry about anything. If you are a law student or even a lawyer, you certainly deserve a break or two. In our opinion, these lawyer movies are the best films to watch for aspiring lawyers as despite not being 100% accurate, they provide some useful insights into the world of lawyers.

Note! The movies mentioned here are the best lawyer movies ever made, in our opinion, and if you feel like some other flicks must be on here, you are welcome to comment down below the names of such movies.