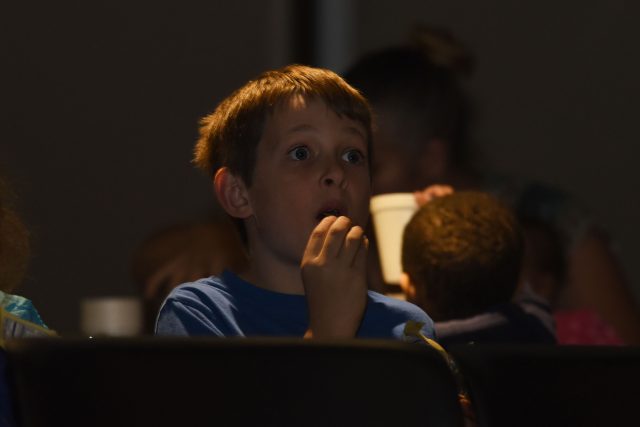 It is also a great way to teach your kids the Spanish language while also letting them enjoy themselves. The Spanish movie industry has been rolling recently as they are offering many great movies that are gathering worldwide recognition. Today, we will be listing the ten best Spanish movies ever that you can enjoy on Netflix right now. So, without further ado, let’s get to it.

The Fury of a Patient Man (Tarde para la ira)

This is one of the most popular Spanish movies. It is an action and violence-filled thriller. The story revolves around Jose, a good-hearted and solitary man who gets entangled into the lives of a recently released convict, his crazy girlfriend, and their son.

This takes him on a journey that is filled with revenge, emotional confrontation, and violence. The movie garnered several accolades and won a lot of awards. It is fairly easy to find this movie on Netflix.

If you are in a mood for watching a funny Spanish movie, then this one is probably the best choice for you. However, keep in mind that if you are looking for a Spanish Christian movie, you may not feel satisfied, as it is a reverent movie that is not meant to be taken seriously. The movie’s plot revolves around two troublesome girls, Susana and Maria, who are punished for their naughtiness by sending them to a Christian camp.

This is a really good romantic Spanish movie available to watch on Netflix. This movie’s story is a bit unique as it is a romantic drama with some magical realism elements. This Mexican Spanish movie is centered around the various relatable complexities a Mexican family dynamics.

Despite being set in an ancient era, the story manages to grip the viewers with its wonderful screen playback. Interestingly, this movie also represents the relationships between the world of food and everyday life in a metaphorical manner.

The plot of this movie is highly thought-provoking and wild. Netflix has a lot of spy movies in the catalog, and some may feel reluctant to watch this movie due to the same reason. However, we are completely convinced that this move by Albeto Rodriguez is a must-watch and is an essential gem to be added to the espionage genre. The main focus of the movie is on the corruption within the Spanish political systems in the 1990s.

This is one of the most popular Spanish movies which received applaud all over the world. It is a Spanish romantic comedy that gives an interesting and gripping insight into the idiosyncrasies and the colloquial language of various Spanish regions.

If you would like to learn more about the less-discussed aspects of Spanish culture, this movie can be a great choice for you. You would also gain insights about the Spanish nationalism. Moreover, if you love this movie, you can watch Spanish Affair 2, which is also one of the best Spanish movies available on Netflix.

This is a visually and intellectually stimulating Spanish movie that holds a complex and sophisticated idea. You may feel a little lost as this movie really makes you think, and this is why it is one of the best Spanish movies on Netflix.

The film features an author who is struggling for ideas and later advised to include a lot of sexual content in his writing. He later has interesting encounters with a nanny, with someone who is his fan, and with someone on a beach. These are all sexual affairs and lead to complex consequences.

It is one of the tensest and dramatic Spanish movies on Netflix. In this 2016 film, a wealthy businessman from Barcelona is accused of murdering his own wife and has less than three hours to produce an account for his actions.

It is a really good Spanish Murder mystery that beautifully depicts the destructive and dangerous consequences of deception and lies. Arguably one of the best parts about this movie is the flashbacks, which keep the viewer hooked. In our opinion, it is one of the best Spanish movies on Netflix if you are a fan of murder mysteries or thrillers.

Veronica is easily one of the most popular Spanish movies on Netflix.  If certain mainstream reviews are anything to go by, this movie is the scariest Spanish movie on Netflix. If you want to enjoy watching Spanish cinema and raise your heartbeats, then “Veronica” is the one for you.

The movie is grossly entertaining and tackles areas like fear, sexuality, and death. The movie is very gritty and has some great scary visuals that secure its spot in the list of top ten Spanish movies on Netflix.

This Spanish movie is one of the most motivating and heartwarming movies on Netflix right now. The film revolves around Ramon, who has been diagnosed with multiple sclerosis. After finding out that he will not be able to walk 100 meters in just a few months’ time, he goes on a rampage for defying the inevitable-seeming odds. It is a great story of determination and grit and teaches us the importance of never giving up.

This movie is surely one of the most brilliant and vicious Spanish movies on Netflix.  It features a fast-moving plot that follows an ex-criminal, Toro, who is looking to leave his past behind. He is pulled back into the crime world when his niece and brother are abducted by a brutal gang leader, Romano. This genre is gaining huge popularity pretty rapidly in the Spanish movie industry.

Despite being on the lower side of this list, Toro is a very good Spanish movie on Netflix, which may also be one the best. The fast-moving pace of the movie makes it a perfect thriller movie that is capable of gripping even the toughest of the viewers.

There was a time when the only movie industry that was producing movies for the global public was Hollywood. However, limiting yourself to only Hollywood flicks is not a very good idea in the current scenario. There are a lot of great foreign movies that deserve a lot of attention. There is a bunch of top Spanish movies available on Netflix that you must watch to enjoy something new.

Note – This list of best Spanish movies on Netflix is based on our personal opinion. If you want to suggest some alterations to this list, you are more than welcome to drop your thoughts and recommendations using the comments section below. 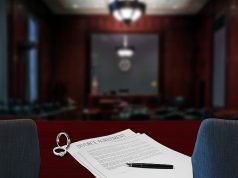