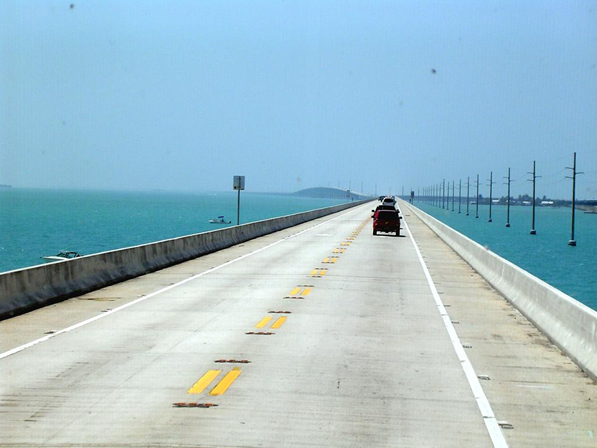 Although the term ‘highway’ actually predates the invention of the motor vehicle (think of those legendary highwaymen of old tales, for example), today we generally use the term to mean a motorway or controlled-access road with several lanes between major towns and cities. The title for the world’s first highway generally goes to the Long Island Motor Parkway or Vanderbilt Motor Parkway of Long Island New York, which was completed in 1911.

Today, the combined distance and surface area of the world’s highways easily make them the largest structures mankind has ever created. Love them or hate them, they allow ordinary men and women to reach their places of employment, cargo to be transported between major centers and smaller towns and are crucial for economic development. Let’s take a look at some of the biggest, most innovative, and sometimes simply the most beautiful of them all.

Battle for the biggest

At a whopping 26 lanes wide, the title for the world’s widest highway usually goes to Houston’s Katy Freeway in Texas, but not everyone agrees. Why?

Once a truly awful bottleneck, the freeway was widened in a massive $2.8 billion extension project in 2008. But the current lane count also includes the freeway’s eight access or frontage roads, which many would argue shouldn’t count as part of the highway itself – meaning the true lane count should be 18. This would actually tie Katy Freeway with Canada’s Ontario’s King’s Highway 401, which reaches 18 lanes wide in the section near Pearson International Airport. If you were to throw in the additional four lanes of connecting ramps at this point, it would actually be wider than Katy Freeway. Although that point might be up for debate, Ontario’s King’s Highway 401 is certainly the busier of the two, carrying almost half a million people each day. 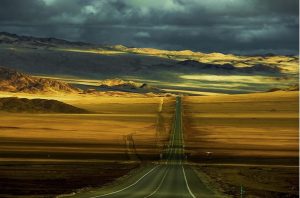 This title at least is definitely undisputed, at least for now. Stretching for an almost unbelievable 19,000 miles or 30,000 kilometers, the great Pan American Highway stretches from Canada in the north all the way to Peru in South America. Because of the vast distance it covers, it passes through virtually every kind of climate, from barren desert to lush rainforest and everything in between.

New highways are expensive projects, and costs can skyrocket quickly when conditions aren’t in the developer’s favor. One such project was the Western High-Speed Diameter Road (WHSD), a 40-kilometer motorway designed to relieve congestion in St. Petersburg, Russia, by adding capacity for an additional one million vehicles each month. The challenge? The area set out for the project was on extremely sandy soil, an issue which would normally mean that expensive imported granular materials would have to be trucked in to form a suitable base layer. Unsurprisingly, this raises the cost – both financial and environmental – of the project considerably. 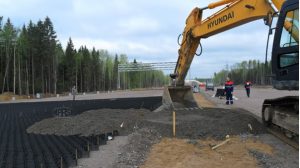 Luckily a smart alternative was found, which allowed the project to go ahead using the locally available material for structural infill. The solution was geocell technology, a 3D mechanical stabilization technology which stiffens the confined layer – in this case, plain old sand. Not only did this innovative technique make the project cheaper to complete and more environmentally sustainable, it doubled the expected lifespan of the highway. The road has now been in operation since 2013 with zero maintenance required, and there is massive potential for geocell technology wherever soft soils or lack of aggregates are an issue.

In China’s Taihang Mountains on the other hand, they found themselves with almost the exact opposite problem – soil that’s far too stable. In this case, the solid rock of the mountains themselves. Their solution was a little less technical – 13 villagers began the tedious work of carving a tunnel into the side of the mountain to link their village with the outside world in 1972. It took them five years, but in May of 1977, the 4,000-foot-longGuoliang Tunnel was opened to traffic!

The most beautiful highways to drive

Of course we don’t just use highways for practical purposes – sometimes the sheer joy of the journey is what we’re after. Anyone who’s a fan of the Lord of the Rings trilogy will delight in traveling Milford Road, New Zealand, which winds through the breathtakingly beautiful Southern Alps where the movies were filmed. 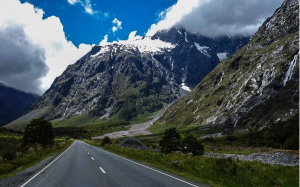 Or for something entirely different, the Overseas Highway of the Florida Keys runs between islands, giving drivers and passengers the chance to watch shimmering turquoise waters flash by. 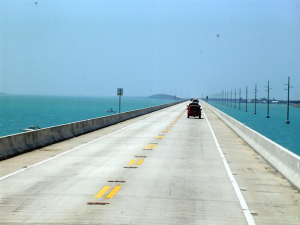 And if sheer speed is what you’re after, the famous German autobahns, several highways in Nepal, Kerala in India and on the Isle of Man have no speed limits at all. Whatever we use them for, the world would certainly be a far less interesting place without its great highways!

How to Avoid a Holiday eCard Scam 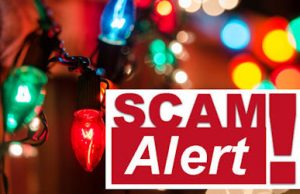 Computers
Many people receive holiday cards through email for all sorts of occasions, including Christmas, birthdays, Halloween, and more. These computer greeting cards...

How To Gain Confidence At Gym (Part II)