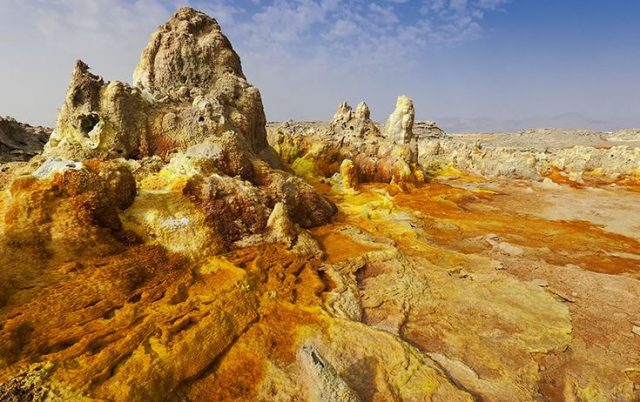 Bordering Somaliland, Eritrea and Ethiopia, the tiny country of Djobouti is a stable and prosperous North African country. Oil rich and strategically placed, with several important oil projects underway, Djibouti hopes to soon be referred to as the “Dubai of East Africa”.

Outside of Djibouti City, several never-to-be-forgotten sights await the intrepid traveler. Information and news is not so easy to come by if a traveller to Djibouti is out of the country. E-mail the Association Djibouti Espace Nomade for up to date information.

Approximately 100 kilometres west of Djibouti City lies an enormous crater lake which is encircled by black, dormant volcanoes. This vast salt lake is situated 155 metres below sea level. The water is aquamarine in colour and its shores are covered in large salt crystals. As there are no rivers flowing out of the lake, the water is one of the most saline bodies of water in the world, saltier than than the Dead Sea.

Salt is still mined here by the Afar people, who have traded salt from this lake for centuries. Lac Assal is the lowest point on the African continent and most travellers here agree that the sight is worth making the 100km trip. Nearby Lac Assal, there are several geothermal hot springs.

There is no public transport to this spot, most visitors come with a tour group or hire vehicles from Djibouti City. An organised tour is usually cheaper than hiring a 4 x 4 vehicle and generally includes food.

Planet of the Apes was filmed here and its not surprising when one sees the surreal, science fiction type landscape. The scenery is quite breathtaking – hundreds of limestone chimneys dot the plain, some as high as 50 metres, spewing out steam.

There are many mineral-rich hot springs in this area, which are used by nomads to graze their camels. This lake is well worth the trip, whatever it may cost with a tour company, and is said to mesmerize even the most jaded of tourists.

The Goda mountains rise to a height of 1750 metres above sea level. They are green and lush in contrast to the burning desert plains nearby. The mountains shelter Djibouti’s only national park, the Day Forest National Park. There are a few locally run camping sites which are situated in quiet and peaceful areas. 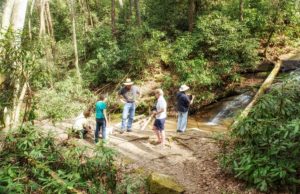 Lifestyle
The coolest days and nights are here in North Georgia. The smell of wood-burning fireplaces, occasional snow flurries, hot beverages of all types, quaint...