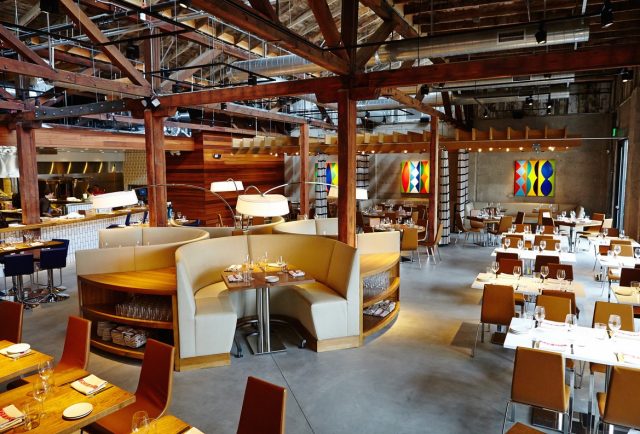 It’s now more expensive to eat in San Diego than in Los Angeles, according to the new 2007 Zagat Guide to San Diego restaurants, which also takes in Orange County and Palm Springs. The rising cost of San Diego dining is given in the Introduction by San Diego Guide Editor Maribeth Mellin. The average cost of a meal in San Diego is now $35.78, higher than the national average of $33.41 and also higher than in Los Angeles and Chicago. The reasons, says Mellin, include the influx of celebrity chefs and cutting-edge cuisine concepts, which are starting to turn San Diego into a world-class dining city.

So what are some examples from the San Diego eating options that justify such a bold claim? Three stand-out restaurants from over 900 reviewed in the Zagat guide are:

The Most Popular choice is always worth looking at in a Zagat guide, where restaurants are rated not just by one critic but by not merely hundreds but thousands of readers who dine out regularly: 2,453 different diners, to be exact. Between them they manage to eat about 411,000 meals in a year. That’s an average of three a week, to save you the math.

Sushi Ota, winner of the Top Food award, is out in Pacific Beach and pretty hard to find, hidden behind a laundromat and with no snazzy website to give you directions. But plenty of people do find it, and rave about its ‘genius’ of a chef, Yukito Ota, who conjures up not just the best sushi but the best food in San Diego. Book way ahead.

The Market Restaurant & Bar does have a snazzy website, but as Top Newcomer it also has some outstanding modern American food thanks to chef Carl Schroeder. The menu changes daily, but features dishes like Cabernet-Braised Prime Beef Shortribs, which make you drool just to read them.

Zagat’s Top Food award for Orange County is shared between Basilic on Balboa Island in Newport Beach and superchef Michael Mina’s Stonehill Tavern in the St Regis Resort at Dana Point. Not cheap but ‘phenomenal,’ says one diner.

Zagat’s Best Restaurants in and around Palm Springs

Five restaurants make the Top Food list, including Cuistot, Jillian’s, Johannes and Sirocco, but the very top marks go to Le Vallauris. It also gets the top votes for decor and the all-important service, making it the ‘best restaurant in the Coachella Valley,’ according to one Zagat reviewer. Check the menus on their website and drool.

Zagat restaurant guides don’t go in for long glowing descriptions of dishes. They stick to the nitty-gritty, with even the star players getting no more than about 10 lines of text, but the enthusiasm of the diners – and their criticisms of any short-comings like poor service – are all packed in there. They’re for readers who are like their writers – people who may dine out a lot but still think that life’s too short to endure a poor meal.