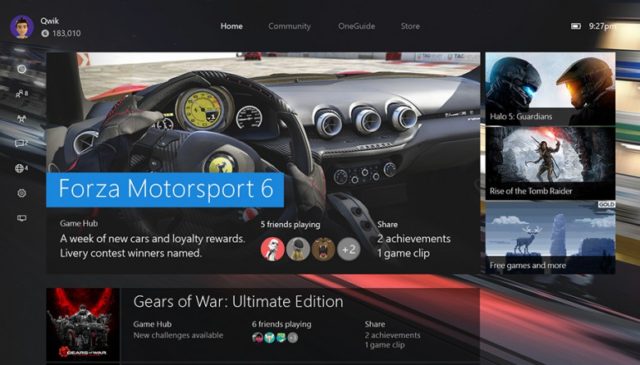 If you have upgraded your PC from Windows 8 to Windows 10 and also own a Xhox One, you can stream games by following few simple steps.

Before we move ahead it is to note Microsoft has embedded some of the best features of its new gaming console into Windows 10 operating system. One of the features is streaming of games from Xbox One. Below are the steps how to make it done:

Windows 10 operating system comes built-in with Xbox app. Simply click on the Start Menu first and then open it. Once done enter the Xbox Live credentials in the app if the Windows 10 email address is different from that of Xbox One account. You may be at luck if the email address is same.

Once you have successfully logged into the Xbox One app, grab a wired gamepad to plug into a USB port of the device. It is to note only Xbox One and Xbox 360 controllers are supported as of now.

Game-streaming to be enabled on Xbox One

A permission is needed from the console to stream content. For this you need to head to Settings and then to Preferences on the console. You will get an option their asking to allow game streaming to other devices. Click on it.

Connect Windows 10 device to Xbox One on same network

It is important to keep both the devices on same local network. Game streaming only works under such arrangement. To ensure, simply hover the mouse over the little Wi-Fi icon in your Windows 10 system. You can locate it at the bottom right corner of the desktop. On the gaming console, head to Settings and then to Network to double-check the network.

Connect Windows 10 device to Xbox One

Now things are going perfectly okay for you to stream games from Xbox One to Win 10 device. At this point just need to help the system to find Xbox One. Simply head to the Xbox One app and here go to Connect option. You can locate it in the left-hand menu, second from the bottom in a little icon form.

Also locate on the upper right the Stream button and Test Streaming button. You need to click on the Stream option. A pop up will appear on your device thereafter. Get the controller and launch a game.