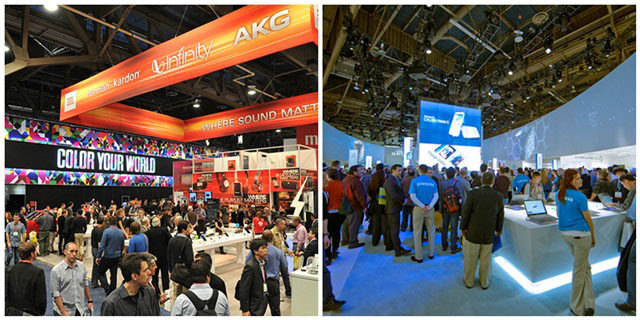 Each year at Consumer Electronics Show, the top technology companies from all over the world come to show off what they have planned for the coming year. Prior to the Consumer Electronics Show (CES), which took place in Las Vegas January 5 – 8, 2017, TechPreview.org highlighted what to expect to see. The top trends expected were devices getting an Internet of Things (IoT) upgrade, smarthome technology, Artificial Intelligence (AI), driverless cars, electric cars, bigger televisions, and new laptops. For us here at Selby Acoustics, we pay special attention to the new tech as our products need to be compatible to ensure we have the right products to match the latest products on the market. As usual, CES did not disappoint and we saw some really exciting new products that will be heading to market in the near future. Here are some of our favourite new tech products from CES 2017.

• LG Signature OLED W7: LG calls this new model the “lightest, thinnest, and most beautiful TV on the planet”. It is 2.57 mm thin and available in 65 inch or 77 inch models. It runs webOS 3.5, LG’s custom TV software.

• Nvidia’s “the Shield”:Nvidia announced an updated version of its Android-powered Shield TV Box, known as “the Shield”. It features full 4K HDR capabilities and streams Netflix in HDR and limited content from YouTube in 4K as well as Google Play Movies, Amazon Video, and streams games all in 4K.

• HTC Vive: The Vive got an upgrade and with the TPCast-designed add-on that makes your HTC Vive VR totally wireless. In conjunction, HTC has launched the world’s first VR subscription service that is like “Netflix for virtual reality”.

• Amazon Alexa-Powered Devices: Amazon didn’t even need to show at CES, but instead there certainly were plenty of new announcements for devices that are powered by Amazon Alexa. In the near future, look for all types of connected devices and appliances such as Alexa-power refrigerators, Alexa-powered cars, Alexa-powered lights, and other smart home technology devices that work in conjunction with Alexa.

• “The car of the future”: Faraday Future has been creating a big buzz, especially leading up to CES 2017. They are known as the company developing “the car of the future” which is an intelligent electric vehicle. This won’t hit the market until 2018, but if you are interested, you should keep your eye out as you will have to preorder with a deposit for the sight unseen “car of the future”.

• Asus ZenFone AR: Only the second phone that integrates Google’s Project Tango Augmented Reality technology, this phone makes it even more exciting and takes it a step further with Daydream VR. That makes this the first and only phone that supports the latest in virtual reality and augmented reality technology. If that wasn’t enough, it also has capabilities for 3D scanning. Look for the Asus ZenGone AR release in the 2nd Quarter of 2017.

• Honor 6X: It’s refreshing to see a mid-range smartphone be featured among all of the brand new tech with high ticket prices. The Honor 6X is already available in China online and sells for £225/ $250. All of the specs are average, but when you consider the price and the dual-camera configuration, it is well worth the money. Its features include a 5.5 inch LCD screen, Full HD resolution, fingerprint scanner, a Kirin 655 processor and either 3GB or 4GB RAM; plus the dual cameras, a 12 megapixel and a 1 megapixel companion.

• Dell XPS 13 2-in-1 laptop: This hybrid laptop from Dell will compete with the Windows Surface. It is hinged so it can be a tablet or be positioned as a stand or tent. It has a 13 inch screen making it the smallest 2-in-1 laptop hybrid. Good things will be in this small package since it an Intel Core i7 processor and a battery life of up to 10 to 15 hours or 7 hours of streaming via Netflix. A fingerprint scanner means the latest in security tech too. Available in Full HD or Quad HD display.

• Blackberry Mercury: You probably wouldn’t have expected to hear about a new Blackberry device coming out of CES, but you would be wrong. It’s back with TCL. The Mercury prototype smartphone was displayed at the show. You’ll see the familiar Blackberry signature QWERTY keyboard with touch and type capabilities; but you will also see new features like state-of-the art security and fingerprint scanner.

• Wireless Samsung Speaker and Soundbar: Samsung has developed two notable wireless audio products. The Wireless Speaker H7 provides a wide sound range with new 32bit UHQ Audio technology. Users can access their playlist from their choice of streaming music services. The Samsung Soundbar MS750 is the company’s first Soundbar, it has a built-in subwoofer. The Soundbar also utilises the UHQ 32bit audio for a very powerful home cinema sound. It can be paired with the samsung Smart Remote Control to simplify the home theatre experience. 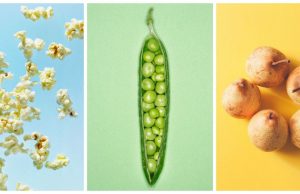