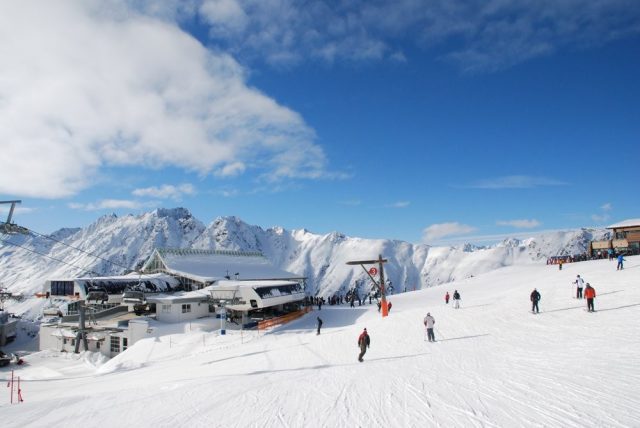 Everyone, skiers and boarders alike, can enjoy excellent snow and partying in Ischgl throughout the season which can last until the beginning of May.

Exhilarating days on the slopes in the Tyrolean resort of Ischgl are followed by long nights out. As well as having some of the most extensive ski slopes in Austria, Ischgl is a top party place, boasting the first Pacha club outside Ibiza and a dozen bars at the bottom of the pistes for apres-ski.

Elton John, Sting, Tina Turner and, in 2010, Gossip have starred in its Top-of-the-Mountain concerts which open and close each ski season. The end-of-season ones are held at Idalp, a huge snowy bowl surrounded by craggy peaks, 2300 metres up, where the two main lifts converge. Around 30,000 people, non-skiers as well as skiers, can gather there.

Throughout the season, Ischgl buzzes both on and off the mountain. The ski area, 238 kilometres of pistes served by 41 lifts, is so extensive that a whole day can be spent exploring it with scarcely any repetition. Inevitably the most popular lifts sometimes suffer from queues but many are fast 6 or 8-man chairlifts so move at a reasonable pace.

Ischgl’s nursery slopes are in the central bowl where the concerts are staged. Around it are large outdoor and indoor bars, a ski shop and a smart new self-service restaurant, the Alpenhaus. Its top-floor houses the exclusive Mountain-VIP Club (joining fee 1900 euros) which is popular with the many celebrities who like to ski and party in Ischgl.

The majority of Ischgl’s runs are ‘reds’ and commendably long and wide. For a tougher challenge, several ‘blacks’ lead down from the 2864-metre high Palinkopf area and there are plenty of off-piste opportunities. For boarders, the terrain park is one of Europe’s best.

Three pistes lead all the way down into the village including an exhilarating 11-kilometre descent from the top of the highest peak, the 2872-metre Greitspitz.

Another long piste is known as the Duty Free Run, 7 scenic kilometres down to the little village of Samnaun across the border in Switzerland. The remote mountain customs post on the run is rarely manned so skiers don’t need to carry their passports and the village has small shops selling duty-free watches and clothes. Its cosy Smuggler-Alm Inn provides sustenance ranging from hot chocolate to hearty meals before skiers head for the double-decker cable-car to take them back.

Apres-ski in Ischgl typically starts with a drink at a piste-side bar such as the Romantika or the Trofana-Alm. Everyone tends to have a favourite place and the choice is wide, from the Kuhstall or the Feuer & Eis on the village square to the Ice Bar opposite the Pardatschgrat lift at the lower end of the village which features go-go dancers, or Niki’s Stadl, across the road from it with typically Austrian music.

For hotels in Ischgl, skiers have an impressive choice including the 5-star Tofana Royal and over seventy 4-star ones. It is no secret that Paris Hilton likes the ultra-cool designer Hotel Madlein as her black Hummer stretch-limo is often parked outside. The hotel has a spa, gourmet restaurant and both traditional and designer rooms, as well as the Pacha club where exotically-clad dancers parade every night.

Every skier who heads to Ischgl can rely on a winter experience to remember. It is a village where, after a day out on its extensive slopes, there is always partying for skiers who have the stamina to stay out and about till the early hours. 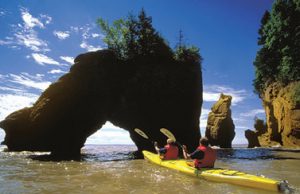 Science
The Fundy tidal ecozone is considered one of the world's most dynamic bodies of water. This zone experiences significant tidal action, seen...

How to Lose Weight Without Ditching Regular Meals