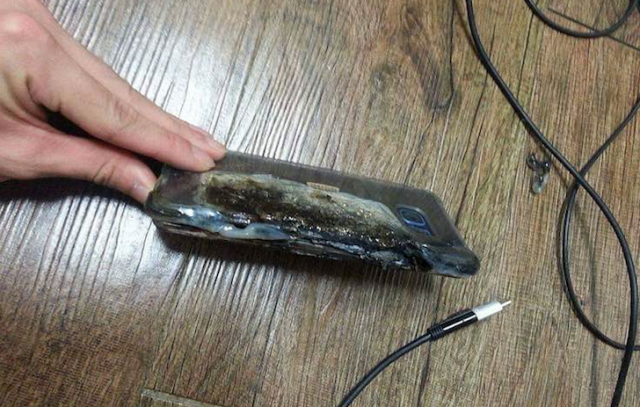 In one of the latest reports the number of exploding Galaxy Note 7 has doubled in a week standing at 70. Samsung was well aware of 35 earlier in the United States.

Healthy Canadian website revealed the new figure adding there could be more devices in Canada waiting to explode.

Samsung has officially recalled all the Galaxy Note 7 flagship smartphones from the global market and figure suggests about 22,000 units have been sold in Canada alone.

The Healthy Canada urges users strongly to immediately power down the devices and register for the Canadian Product Exchange recall.

As per the Canada Consumer Product Safety Act no recalled devices could be sold, redistributed or given away in the Canadian market.

The Samsung Galaxy Note 7 is said to have manufacturing defect within the battery. Experts believe the cathode and anode in it come into contact and causes short circuit. This results with overheating of the battery and thereafter even to explode.

It is not to forget modern rechargeable batteries are equipped with explosive chemicals including lithium, which is an explosive metal when handled in air.

It is also reported the Note 7 has caught fire while the device is put on charge or when being used.

The faulty battery in Note 7 has resulted with negative sentiment for the South Korean tech giant. The company is also simultaneously facing challenge of manufacturing replaced of the devices.

Earlier, Samsung had also faced challenges with Galaxy S5 models which had an issue of a swelling battery losing charge.