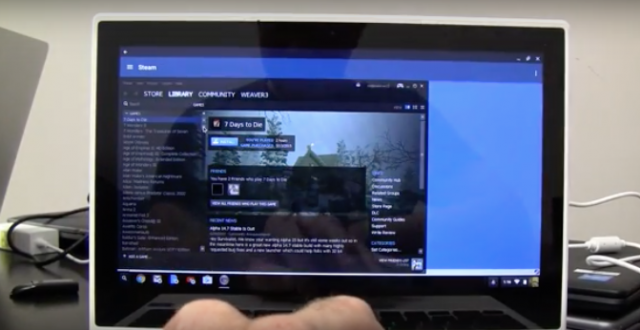 Do you know how to run Windows programs if your device is non-Windows. The answer is CrossOver program. It does so. For about past three years, or even more, developers have been putting all the efforts in bring Windows functionality to Android gadgets and now finally a success has been achieved.

The version is now made available on Google Play Store and for those who have been looking until now to run Windows apps on Chromebook or Android tablet, it’s time to rejoice.

The technology is simple. The CrossOver program emulates Windows interface on mobile devices and users can run several apps simultaneously as those are run in Windows. Without any issue the device owners can use Windows apps alongside native Android apps.

The developers have made available the CrossOver on the Google Play Store to get feedback about its performance as the program is still in its first stage.

It is to take note here the current version of CrossOver program only works on Intel-based Android devices and Chromebooks. Also, it is made available to only those users who had earlier signed up for initial access.

However, those who have not signed and want to use the program can reach out to the developers at CodeWeaver. It is suggested to head over to Android CrossOver announcement page for further details.

Share your experience if you tried the CrossOver program by now. Also, do write below your views about it.