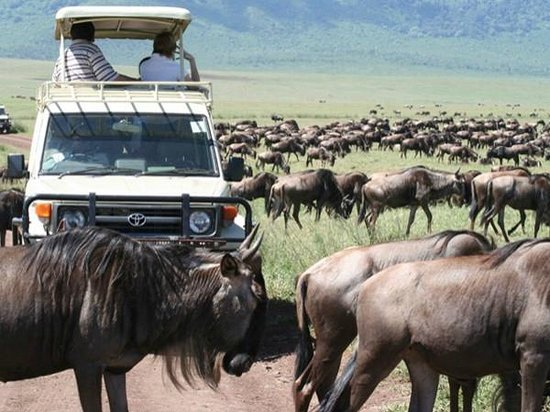 Monkeys in Hot Springs on Hokkaido

Who hasn’t seen pictures of the band of monkeys bathing in the hot springs in the Joshinetsu Kogen National Park on the Japanese island of Hokkaido?

In the village of Yudanaka Onsen inside the park, around 250 resident Japanese long-tailed macaques live and disport themselves in the thermally heated pools while snow falls around them. They are the most northerly located primates in the world and as they seem to enjoy the heat and the steam, one pool has been reserved exclusively for them. Obviously, Japan’s winter is the best time to visit.

The Sepilok Orang-Utan Rehabilitation Centre on the island of Borneo in the Malaysia state of Sabah, is the world’s largest educational centre for reintroducing orphaned orang-utans back into the wild.

The Rehab. Centre is not a natural wilderness, but as the animals grow older they tend to retreat further into the depths of the jungle, so this is the best way to see these wonderful animals. When considered old enough and able to survive by themselves, the young animals are released on to the Indonesian island of Sumatra and the jungles of Borneo.

In the Nusa Tenggara group of Indonesian Islands there is one called Komodo, a desolate island seldom visited by humans. Here you will find the Komodo Dragon, the world’s largest lizard which can grow to 3 metres in length when it will weigh more than 150kg. Park Wardens, armed with sticks, lead guided walks across the island to where the animals are fed.

An estimated 6,000 dragons are left in the wild and Komodo Island is the best place to see them. They are unlikely to attack humans (although this has been known) but small animals and toddlers should be kept well away from them. They prey on live goats, deer – even buffalo – or any small meat. The komodo’s only predator is man.

Wildlife safaris in Kenya and Tanzania are an ever popular way of getting up close and personal with wild animals. December through February is a good period in these countries, as the animals gather round the waterholes which are still plentiful, making them easier to spot. The Masai Mara Nature Reserve in Kenya and Tanzania’s Serengeti National Park are two of the best places to view the Big Four.

One of the most amazing sights is the wildebeeste migration in the same two countries, when nearly 2 million wildebeests plus thousands more zebras and gazelles, all join in a headlong migration. The migration also attracts the big four as predators, so you get six for the price of one if you opt for this annual event.

The Galapagos is the most famous place to see these pre-historic looking beasts which are native to only two island groups in the world – the Galapagos and the Seychelles’ Aldabras.Neither of them are easily accessible. Visitor numbers are restricted to the Galapagos and the Aldabra atoll demands that you carry all your own food, water and sleeping bags with you, as it is really geared to the scientists who visit.

There are other islands however, where the giant tortoises roam after having been transported from their home. On the Doyenne and Bird Islands in the Schelles there are a few, and Esmeralda on Bird Island, is considered the be the oldest giant tortoise in the world today. There is also a tortoise pen in the Botanical Gardens in Victoria on the main island of Mahé.

Human Evolution on the African Savannah or Coast 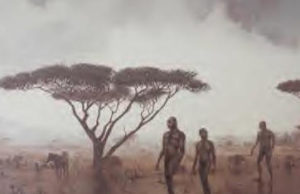 Lifescience
The Great Apes seem to be our closest relatives and it is thought that our ancestors separated from their line several million years ago....

Why Catholics Pray the Rosary