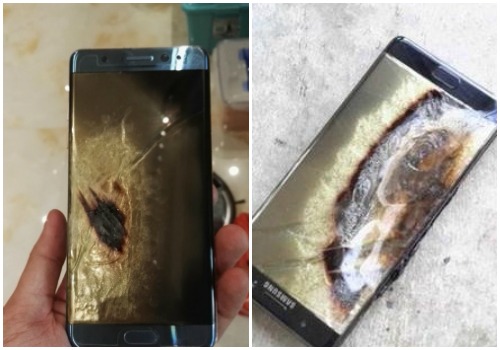 The largest ever recall of Samsung now has an answer, and probably clear answer. The investigation report for Galaxy Note 7 seems to have understood why the handset exploded in several cases.

The verdict is that two separate battery construction issues were blamed for the mishappenings.

The South Korean giant sourced the batteries from two different suppliers. One was a sister company in Samsung Group named Samsung SDI, and the other was Amperex Technology Ltd (ATL). Both the suppliers have their own issues and both were unable to fix too. It seems the problem was in real a completed one.

Corner of the battery casing was too small, reveals the investigation report for the product supplied by Samsung SDI.

The space crisis resulted in negative electrodes in the corner and this made short-circuit easier and thermal runaway situation cause. Following such situation the battery exploded or caught fire.

The batteries supplied from ATL had different issue. It had problem in the welding process that is termed as “poorly controlled” in the report. It had sharp, high welding burrs. It is also learned some of the batteries didn’t had insulation tape to reinforce certain trouble spots.

Meanwhile, Samsung has lately come up with a new eight-point battery safety check process to overcome any such similar problem in future and don’t land in the complications of recalling products and incur extra cost in doing so.