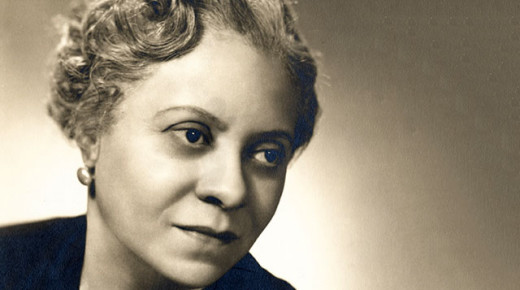 With such a historical inauguration behind and the month of February before, it’s time to look a little more closely at those who contributed to classical music.

Though classical music is typically associated with dead white males (i.e. Mozart, Bach, Beethoven and Brahms), not every faces was Caucasian. From afrocubanismo to “The Charleston,” classical music is full of contributions from African American composers and musicians.

Take George Walker (b. 1922), for instance. This 20th century composer and pianist won a Pulitzer Prize in 1996 for his composition Lilacs. Premiered by the Boston Symphony Orchestra, Lilacs is a work written for voice and orchestra. Walker also studied under the prestigious Nadia Boulanger, a piano teacher famed for her even more famous students Aaron Copland, Philip Glass, Virgil Thomson and Elliot Carter.

Where would the avant garde percussion ensemble be if Cuban composer Amadeo Roldán (1900-1939) had not written his Rítmicas (No. V and VI)? Considered a pioneering composer in the afrocubanismo compositional style, Roldán relied on polyrhythmic motives that gave his music a pulsing energy. Roldán also wrote a ballet, La Rebambaramba, which was based on the sounds of 19th century Havana.

Finally, James Price Johnson (1894-1955) helped to give the 1920s the music that would define the decade. As a prolific composer of musicals, James Price Johnson co-wrote the 1923 Broadway production Runnin’ Wild. Though the rest of the musical didn’t survive long, the tune and dance for “The Charleston” became a smash hit.

The four composers featured here were simply a small taste of the many ways in which African Americans have influenced classical music. The website AfriClassical provides an interactive experience for those wishing to learn more about African American composers. Not only are audio clips of select performances available, but short synopses of recommended albums also direct the novice towards a sampling of diverse styles and periods.

Now it’s time for a test. Who was the black trumpeter for King Henry VIII? Which conductor received the National Medal of Arts in 2005? Who was the first African American woman to have a symphony performed by a major orchestra? Who composed Negro Folk Symphony?