The heyday once gone never comes easily again and if this is believed it is worth waiting and watching the efforts of Facebook while paving way for regaining the lost territory of PC gaming.

After losing mobile gaming to Android and iOS mobile operating systems, the social giant has gone back to the days of 2009 when developers like Zynga built a massive business on game payments.

The name which could carry on the task of luring users back to PC gaming is Gameroom, a new platform in the format of PC app. Though still in beta format for all developers, the new gaming platform will be made available for users to download on Windows 7 and up.

Gameoom will allow gamers play web, ported mobile and of course many native games of the platform with distractions of News Feed unlike earlier.

However, not to forget a broader picture of PC gaming. Steam platform from the house of Valve is still climbing uphill even having more than 125 million active users. Millions of gamers can be found playing at any given moment on the platform and this may be something really troubling Facebook. It would be not easy to compete with the strong rival.

Simultaneously it is not to underestimate the massive reach of Facebook to users through its network and this may be the USP while persuading developers and players to develop and play games respectively.

Before the launch announcement the platform was dubbed as Facebook Games Arcade internally. The development of it was first revealed in May this year.

What to do in New York City 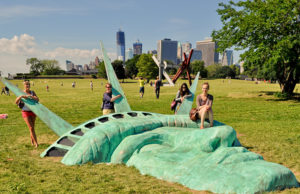 Lifestyle
New York City is the ideal place for a holiday, with many famous landmarks, museums, shops, restaurants and attractions it is one of the...