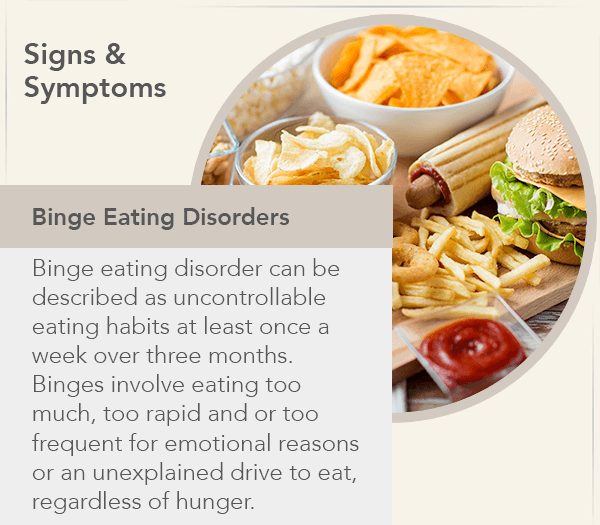 Binge eating disorder knocks in when you consume food in large amount than usual and it results with sense of loss of control. The common sign is feeling uncomfortably full after eating.

However, once in a blue moon practice of such huge eating cannot be considered as binge disorder. It happens when at least once a week such eating habit is to be carried out for three months.

Below are some of the facts of binge eating disorder:

The binge eating disorder risks those who have a family history of the condition, pregnant women who are stressed of the pregnancy, people who come from broken or separated families and who try to cope up with the stress by eating.

How binge eating disorder is different

Binge eating disorder is different from other types of eating disorders as patients do not try to compensate after it. One will never try to starve after such disorder and the person also don’t indulge in exercising. Such patient also do not vomit out the food after binge disorder.

Experts have seen in some cases the binge disorder turns into bulimia nervosa and vice versa.

Binge eating disorder results with putting on weight and so the patient may suffer from associated metabolic conditions like high cholesterol and hypertension. The person also feels unhappy due to the shape and size. Self-esteem issues too comes in and heighten stress is frequent.