Do people still use DSLRs in 2020? Sure, and we would go as far as saying that DSLR cameras are coming back slowly and gradually. DSLRs were considered to be the go-to cameras for photographers of all sorts in the past. Recently, mirrorless cameras are getting a major portion of attention due to their compact sizes and flexible weights.

That being said, many photographers now prefer the weight, size, and optical viewfinder of the DSLR cameras. If you are one of them, we have a list of best DSLR cameras in 2020 that you should give a try.

Most photographers are fond of the detailed and attractive features offered by Digital SLRs but are retracted from buying one due to them being overly expensive for their budget. Remember this, you CAN buy a DSLR camera that would help you achieve your best shots as a photographer without paying mad money.

When we compare the overall qualities of DSLRs, the cost involved is definitely worth it. If you are a beginner and are looking for a decent camera to kick-start your journey, you can get off a great start by buying a DSLR that comes with a viewfinder, which can get novice photographs.

So, all we are trying to say is that regardless of whether you are a beginner or a PRO, you can still get a high quality best DSLR camera without your wallet looking thin.

All we need to say about the Nikon D3500 is if you are a student, beginner, or just on a budget, then this DSLR is your best option.

The Nikon D3500 is the latest release in the infamous Nikon’s D3000 series. We believe that this camera is the best DSLR camera for beginners or if you are on a budget. Apart from being the most cost-effective and value for money option, the Nikon D3500 is one of the best Nikon cameras that are out right now.

The reason why we speak so highly of the Nikon D3500, especially for beginners, due to the highly impressive and helpful ‘Guide’ shooting mode. This mode is interactive and acts as a tutorial for capturing brilliant shots that are highly efficient if you are a beginner. The tutorial is delivered through the rear LCD screen, which is fixed.

You are resultantly also limited to Full HD video and not 4K resolution, which might be bummer for pros, but as a beginner, you must not worry about it as the 24-megapixel sensor can provide you super-sharp images, moreover, the accompanying 18-55mm kit lens is pretty impressive too.

Size of the Nikon D3500 is concise, and it is light in weight along with being super affordable – do the beginners care about anything else.

The Canon EOS 90D is a new addition to the wide range of Canon DSLR cameras, and it really is a thing for heavy enthusiasts.

The Canon EOS 90D is one of the most ambitious DSLR cameras ever released by Canon, and it is the best DSLR camera for enthusiasts. The reason for this title is the amazing specs offered by the EOS 90D. It offers a brilliant 32.5 million pixels that is the highest one for an APS-C camera yet.

Although, this flagship feature would not show visible improvements in the shots but you must not overlook the brilliant 10fps continuous shooting capability offered by the Canon EOS 90D along with its ability to capture 4k videos uncropped.

If you are an enthusiast, the Canon EOS 90D is the best DSLR camera for you, and you must look any further. We would say that the extra MPs dent the EOS 90Ds variable light performance, but when compared to the other feature, we can cut the EOS 90D some slack.

The Nikon D7500 is arguable the direct response from Nikon to the Canon’s EOS 90D, but it doesn’t match up to the features of EOS 90D and is relatively cheaper.

The Nikon D7500 is a great DSLR camera for enthusiasts, but due to the flagship, we will have to compare it to the Canon EOS 90D. Unlike EOS 90D, this camera offers an 8fps continuous shooting speed, ability to shoot 4K video, and a proven 51-point autofocus system.

The overall quality is better than the Nikon D500 but slightly lower than the Canon EOS 90D, but in real life, the outcome is not very different, so we would say pros have to make a choice among the two.

The veteran’s new DSLR launched is slightly too expensive for even the most generous enthusiast, but we are positive that these prices will be slashed soon.

The Nikon D780 is a DSLR camera that provides a performance that is a combination of DSLR features with mirrorless camera live view performance. It is one of the most powered DSLR cameras released by Nikon till date.

It packs a high-res tilting touchscreen display, dual UHS-II compatible memory card slots, 4K UHD video, along with continuous shooting speeds up to 12fps in live view mode. All of that, combined in a single DSLR camera, is a dream shooting device for professionals.

It is also a brand new release, so the prices are way too high for any normal buyer, but if there is anything we have learned in the camera market, we would say that you can expect these prices to fall in the near future as new upgrades get launched.

Doesn’t matter if you are an aspiring photographer or a professional enthusiast. One of the most important things to focus on for getting better at the job is getting the best camera you can. If you are certain that DSLRs are the way to go then the ones mentioned above, must be your best bet in finding the best DSLR camera for you.

Did you find your dream DSLR among our picks? Do let us know in the comment section below, along with a few picks from you. 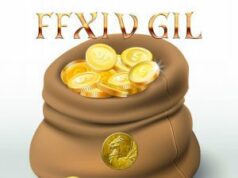 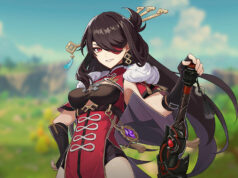 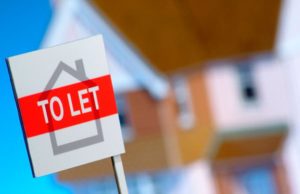 Business
Buy-to-let is a good segment in properties business and the concept has been thriving for more than two decades. However, lately things have change...