For years the Yahoo hack will be remembered. It is revealed more than 1 billion users accounts were hacked in 2013. SSP Blue CEO Hemu Nigam comments the internet company has won gold and silver medals for the worst hacks in history.

Lately, once again, Yahoo has come forward following September’s reveal of about 500 million data theft in 2014 that users have been notified and forced them to change the passwords.

Experts criticized Yahoo saying it means the hackers had more than three years to exploit the information.

Shape Security’s chief technology officer Shuman Ghosemajumdar said even if one password is very strong, using it across others makes it vulnerable to attacks.

He added, “Having your credentials stolen “is a matter of the lowest common denominator, the site with the least security.”

The new revelation discloses hackers have obtained not only the names and passwords of users in the Yahoo breach, but also answers to security questions, which could be easily used in resetting passwords.

Lately Yahoo has also advised users to change the security questions too and be extra cautious about clicking on links or opening any download from unknown emails.

Hotels in South Florida with Activities for Kids 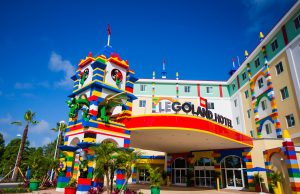 Lifestyle
For families looking for a hotel that is more than just a pool, staying at a beachside resort with a children’s day...

Who Benefits From Yahoo Attacks. ProtonMail?