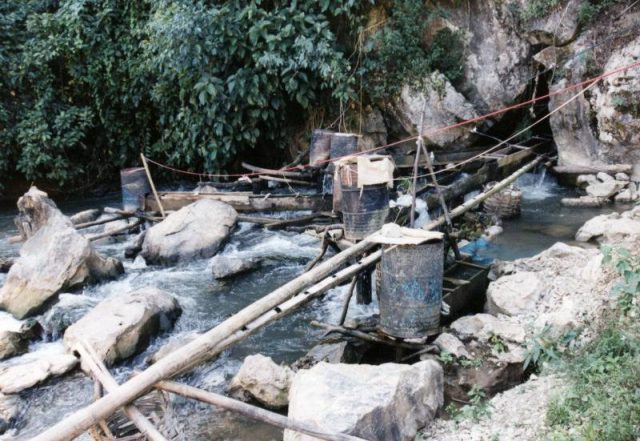 For centuries, water flow has been harnessed for mechanical power generation, and innovations in capturing and managing water flow led to the Industrial Revolution in England and the United States. The first hydroelectric project in the United States was installed in 1882 in Appleton, WI. A water wheel was used to power a generator, delivering electricity to two paper mills.

In the 1880s and 1890s, many hydroelectric plants were built in Canada, Australia, the United States, and Chile.

The top five hydroelectric power facilities in the world are:

Three Gorges Dam in China – 18.3 GW (2008)
Itaipu Dam between Paraguay and Brazil – 14 GW
Guri Dam in Venezuela – 10.2 GW
Tucurui Dam in Brazil – 8.4 GW
Grand Coolee Dam in the United States – 6.8 GW
The Three Gorges Dam in China is expected to remain as the largest hydroelectric power plant in the world when it reaches it’s peak capacity of 22.5 GW in 2011. There are no projects currently under construction that would match this capacity, although the proposed Red Sea Dam and Inga Dam concepts would exceed the capacity of Three Gorges.

However, these projects are simply concepts at the current time. India’s Upper Siang Hydroelectric Project, which began construction in April 2009 and scheduled to be completed in 15 to 20 years, has a projected capacity of 11 GW. This will make this dam the third largest by production capacity in the world.