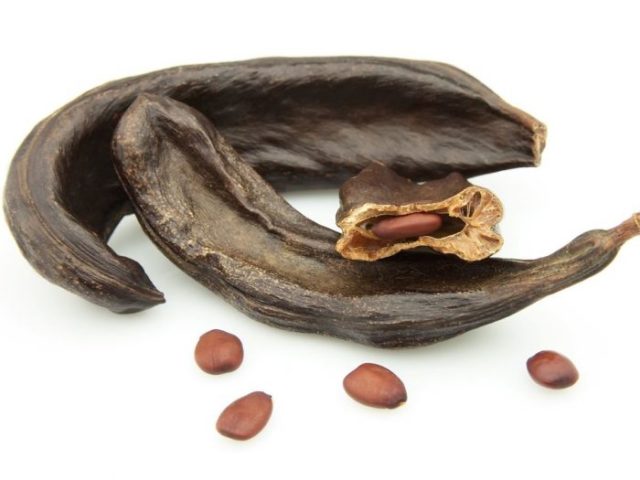 Carob is not a chocolate product, as many people assume. It is the fruit of Ceratonia siliqua, the carob tree. The fruit of the carob tree is a flattened and leathery dark brown pod. Each leaf on the carob tree is divided into six to ten round, glossy pods. The round pods measure approximately one and a half inches broad and four to ten inches long.

The fruits of the carob tree are deeply rooted in history. Carob is said to be the fruit that fed Mohammed’s armies. Children who ate these fruits during the Spanish Civil War in the 1930s were able to avoid malnutrition. As recently as World War II, isolated military troops on the island of Malta and villages in Greece credited their survival of the German occupation to the fruits of this “chocolate” tree. Carob has Biblical ties as well. It is said to have sustained John to Baptist during his journeys and meditations in the desert, as well as providing nourishment for the prodigal son.

Southern Californians and citizens of Arizona are quite familiar with the carob tree. Carob trees are widely planted in southern climates as ornaments for streets and parks. They are, however, native to the islands of the Mediterranean Sea and are quite common in the Middle East. The best commercial carob is grown in these areas.

A continuous process of drying, roasting and grinding the pods produces carob powder, or flour. The powder that results has a wide variety of uses.

Is Yeast Making You Fat?