After the advantages and disadvantages of netbooks, laptops, and desktops have been reviewed in the other articles in this series, now it is time for the final decision which of the three is the best choice in a particular situation.

Know What the Computer Will Be Used for

That is why, the first step in the process is to decide what the computer will be used for. After this decision is made, then it is easier to see which of the three kinds of computers is the best match.

Decide Which of the Advantages and Disadvantages of Netbooks, Laptops, and Desktops Matter in the Particular Situation

Here are some common considerations a user has to have in mind when making a decision what computer to buy.

If portability is an issue, then a netbook is the best choice. Laptops are still great but with the exception of the high-end ultra-slim ones, a laptop is much heavier than a netbook.

If monitor size is an issue, then clearly it is a desktop. Netbooks can be used to read books and watch movies but the experience is sort of painful, especially when the netbook is used for a long time.

If cost is of primary importance, then it is better to buy a desktop, though it is possible to shop for bargains and discover laptops with great parameters at a decent price.

Anyway, no matter what a user buys, he or she will hardly regret it. Times are changing and nowadays households and individuals tend to have more than one computer. So even if a user buys a computer that is not exactly what he or she needs, this computer can be easily put into use as the secondary (or tertiary) machine and still it is not waste of money. Still, there are some more tips to consider about how to choose a netbook.

Computers are getting cheaper and cheaper – buying a computer is not like buying a house. That is why it is possible to afford more than one computer, so don’t get too depressed if it is impossible to decide which of the three types of computers (netbooks, laptops, and desktops) is the ideal solution. Buy one of them and after using it for a while, if its disadvantages are too disturbing, consider buying another type of computer and everything will be OK. 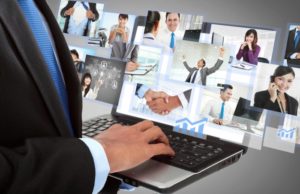 Business
Virtual or remote employees are growing these days with the advancement of technology. However, it is not an easy task for employers to manage...