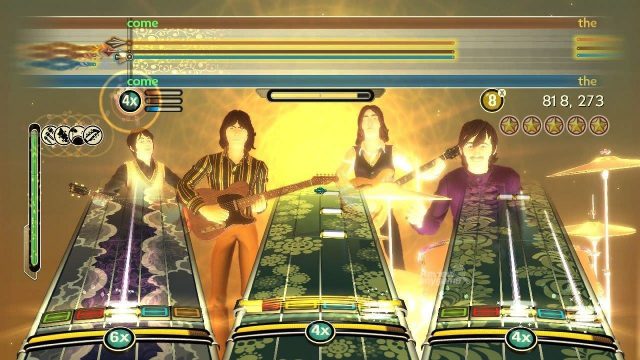 It’s not too often that the release of a new video game is an item on celebrity news shows like Entertainment Tonight and Access Hollywood. But The Beatles: Rock Band has been a big story ever since Ringo Starr and Paul McCartney stepped onto a stage at the E3 in 2009.

With the stamp of approval from those two surviving members of the Beatles as well as the endorsement of the widows of their late band mates, John Lennon and George Harrison, it was easy to believe this game was going to be great. Now that The Beatles: Rock Band has dropped for Playstation 3, Wii, and Xbox 360 it can be confirmed that faith was not misplaced.

On all three platforms you can get this title with replica peripherals like Ringo’s drum kit and Paul McCartney’s long neck bass. While they look good, these pricey extras don’t outshine the game itself which can also be bought on its own and played with existing RockBand microphones and instrument controllers.

Following the Beatles Trail to Immortality

The game’s Story Mode let’s the player retrace the career of the Beatles. They must play their way from the Cavern Club in Liverpool, onto the Ed Sullivan Show, into a packed Shea Stadium and ultimately onto to the final studio years of the band.

Along the way players will perform 45 of the Beatles greatest songs as beautifully rendered virtual versions of John, Paul, George and Ringo play along on the TV screen.

The songs selected for The Beatles: RockBand differ greatly in level of difficulty to play and sing keeping the home player continually challenged and entertained. A new to this game Vocal Harmonies feature lets as many as three people sing together providing they have the required extra microphones.

Solid Story Mode performances are rewarded with the unlocking of extras like special challenges, rare Beatles photos and archival footage. It’s often worth performing a song again to get the necessary higher score to unlock these goodies instead of just barreling ahead to the next track.

A Game Too Pretty to Ignore

The background imagery is so vibrant and stunning in The Beatles: RockBand there’s value in sitting out a tune or two, while others play, just to take everything in. From the trippy picturesque landscapes of the song “Here Comes the Sun” to the oddball antics of the band clad in animal costumes in “I Am The Walrus” there is much to see here.

Do yourself a favor, though, and sit through the full two and half minute opening cinematic of the game. It captures both the initial youthful enthusiasm of the band as well as their later mind bending psychedelic influences.

With access to the song catalogue of the widely touted greatest rock band of all time, everyone knew the game was going to sound fantastic. . But it’s ever so gratifying that The Beatles: RockBand delivers a spectacular game to play along with the visual experience.

What is FaceApp? Why it is under privacy radar? 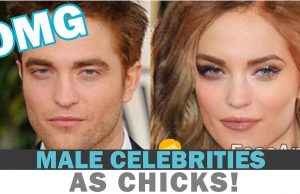 Apps
The FaceApp application for both the platforms, Android and iOS, is in backlash as some people are concerned its privacy policy grants...