Developed by legendary Canadian studio Bioware and published by software giant EA, Dragon Age : Origins presents a dark fantasy world ripe for the adventuring. Replete with skills, spells, weapons, and character backgrounds, Dragon Age : Origins is a new chapter in what is sure to be a continuing series.

Players longing for a bit more dungeon running and gore might just find their fix in Dragon Age : Origins. Gameplay is somewhat different compared to other large titles produced by Bioware – it is not a third-person shooter a la Mass Effect, nor is it as strategic and traditional in approach to combat like earlier Star Wars game Knights of the Old Republic. Somewhat similarly to Blizzard’s massively popular MMORPG World of Warcraft, the player is able to link a variety of spells, attacks, and skills to controller hotkeys and sling them out in quick succession, waiting only for the cooldown to reset.

One of the more compelling features of the game is the player’s ability to choose from one of six starting backgrounds, selected via the character creation screen. Choose from human, dwarf or elf – rogue, mage, or fighter – and move on to select your history and background. Each one of the six preset “origins” differs vastly in their construction. This dimension adds a great deal of replayability for prospective buyers.

One of the most common accusations levied at Dragon Age : Origins is that the game relies heavily on a somewhat conservative and stock graphical palette. This criticism is not unfair, in that the game is not as beautifully presented with regards to texturing and raw colour as, say, Mass Effect. This being said, the game does not suffer overmuch in this capacity, and still manages to present an interesting visual atmosphere.

The variety of character customization via skill-trees and prestige classes is also extremely nice to have for fans of the role-playing genre. The spells and attacks are somewhat unique and interesting, and allow for a degree of specialization that allows for a wide variety of character builds.

Looking for a little more blood and guts in your gaming? How about giving Tim Schafer’s Brutal Legend a spin, and immerse yourself in a world of heavy metal fantasy! Others interested in post-apocalyptic stories may appreciate an article on Bethesda’s Fallout 3. More traditional RPG fans might like to read up on Mistwalker’s Lost Odyssey, a beautifully crafted story with a great deal of depth. 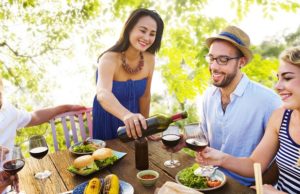 Health
Woman's life will be committed to the pursuit of beauty so that make a lot of errors and these errors are to make us...

Tips To Consider Before Buying Speakers (Part I)