What is a UNESCO World Heritage Site?

According to the World Heritage Committee, the programme catalogues, names, and conserves sites around the world which are deemed to have cultural and natural importance to the common heritage of humanity. Sites have been named and protected since 1972. Each site must be nominated before being placed on the list, and must posess a set of specific criteria to be deemed a World Heritage Site.

Shrines and Temples of Nikko

Offically dubbed the Shrines and Temples of Nikko, this collection of buildings was commissioned in 1616 by Japanese Shogun Tokugawa Ieyasu as a shrine and mausoleum to the leader upon his death. Ieyasu promised to become the guardian of peace in Japan from his final resting place. The shrines and temples are ornate and colourful, heavily borrowing from Chinese influence and design. Set amid a forest of cedar trees, the shrines at Nikko are peaceful and pictureseque in their natural setting.

The complex has several shrines and temples of note. The most extravagant is the burial place of Shogun Tokugawa Ieyasu. The building that currently stands on the site was not built until 1634- a project that took two years and 15,000 workers to compelte.

Upon descending further into the forested area, the Sacred Stable is atop a set of stairs. The stable houses a white horse, but it most notable for its ornate carving of the three wise monkeys. This famous monkey trio is carved to illustrate, “See No Evil, Hear No Evil, Speak No Evil” and are Nikko’s most famous image. Tourists will find their images one everything from replica carvings and postcards to hats and t-shirts. The monkey carvings that line the stable depict the life of a monkey, from childhood to adulthood. Nearby, there is also a carving of an “elephant,” obviously carved by someone who had never actually set eyes on the animal.

The Rinno-ji Temple is another popular site, known for its three large Buddha figures. There is also a lovely Japanese garden here, popular with photographers. As well, the very large and ornate Yomei-mon Gate boasts an incredible four hundred carvings around the frame of the wooden gate.

How to Get to Nikko from the Tokyo Area

There are several ways to get to Nikko from the Tokyo area. Several Tokyo tour operators offer day trips to Nikko, such as JTB Sunrise Tours. These day trips from Tokyo often include stops at nearby Lake Chuzenji and Kegon Waterfall.

By train, the Tobu Nikko Line departs from Tokyo’s Tobu Asakusa Station. The Tobu Line also has travel passes available from Tokyo to the Nikko area for tourists. The JR Rail Line also operates service to Nikko which takes longer, but can be worthwhile for tourists with a Japan Rail Pass. The journey from Tokyo takes between 1 hour and 40 minutes to 2 hours 30 minutes depending on the rail line and connections.

How Places On Earth Seen By Astronauts On Moon 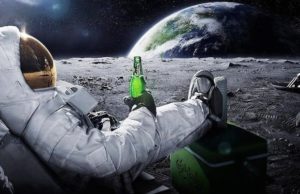 Space & Astronomy
Even the most casual stargazer knows that the Moon goes through phases as seen from Earth. Because only 12 astronauts have stood on the...

Winter Family Getaways in Northeastern US

Health Official Disclosed that US are failing at testing Covid-19