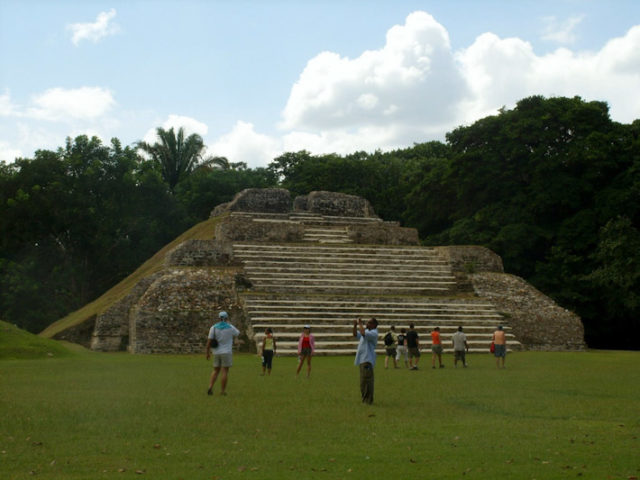 As an ancient Mayan city, Altun Ha was an important ceremonial and trade centre in the Classical period (about 250-900 AD). It provided a trading link with the Caribbean, and may have had a population as high as 10,000 people.

The site takes its name from the nearby village of Rockstone Pond, or “Water of the Rock.” It is located about 30 miles (50 km) from Belize City. Although there is no public transportation, guided tours have made it a popular tourist spot. Guides are available through private tours, through hotels, and through the many cruise ship excursions in the area. Bus tours take visitors through verdant tropical terrain to and from the site, offering a chance to spot crocodiles, iguanas, and other wildlife on the way.

Discover the Wonders of the Mayan World

From about 1965 through the 1970s, Dr. David Pendergast of the Royal Ontario Museum headed up the excavation and restoration of the site, according to Dr. Jaime Awe in his article “The Crown Jewel of Belize.”

The most famous Altun Ha artifact is the six-inch, 10-pound jade carving of the Maya sun god “Kinich Ahau,” known as the “Jade Head.” It was discovered in 1968, and is one of the largest jade carvings found in the Maya region. A replica is on display at the Museum of Belize, and the head is shown in a watermark on Belizean currency.

Plaza A is surrounded on four sides by stone structures, including the Temple of the Green Tomb.

The grounds stretch about five miles across, but the two plazas are adjacent to each other, through mostly even terrain, with stone stairs ascending many of the structures. From the top, visitors can survey both plazas, or other areas of the grounds.

As well, structures remain to be excavated at this and other sites in the region. Altun Ha is one of many archeological sites in Belize that make it a popular vacation spot. 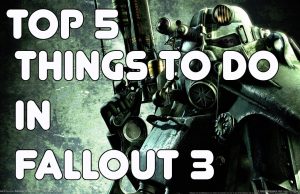 Computers
So the game is finished- but the post-apocalyptic wasteland is massive. The game could continue for months. For example, the Wastelander can...

To Tips To Prevent Neck Pain

Knowledge Essential For a Trip to Austrian Capital Vienna