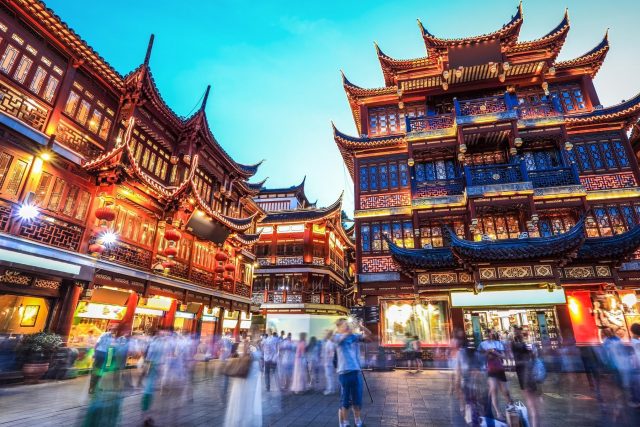 Shanghai offers a perfect blend of old world culture and new modern industrialism in China’s largest City. Located in Eastern China where the Yangtze Rive meets the East China Sea, China, Shanghai is an easily accessible destination for travelers and the perfect starting point or final destination on a trip to China.

Shanghai is divided by the Huangpu River, with colonial Old Shanghai located on the west bank, and the modern development of Pudong on the east. The commercial and financial centre of Shanghai, Pudong is also home to the 2010 World Expo.Connected to Old Shanghai or Puxi by ferry, metro, and underground sightseeing tunnel, there are plenty of activities for visitors on this side of the river. It is easy to tackle the sites Pudong has to offer in a single day, as these popular attractions are compacted into a relatively small area.

Each of these towering buildings offers spectacular views of Shanghai, Pudong, and the outlying areas. Open to tourists, each of these buildings contain viewing platforms at varying heights. From the ground, the buildings are prime examples of modern architecture.

The Oriental Pearl Tower is perhaps the most famous skyscraper in Asia. Its unique shape has come to represent modern Asian development. Open to visitors, The Pearl has several classes of entrance tickets providing access to various viewing platforms at different heights in the tower. Included in the upper level tickets are entrance to the Shanghai History Museum in the basement of the Pearl, featuring wax replicas and models of historical Shanghai, and is worth a look when included in viewing platform admission prices.

The Jin Mao Tower is home to the Park Hyatt Hotel’s famous open atrium between the 56th and 87th floor, as well as a large indoor observation deck on the 88th floor.

The best view of futuristic Pudong itself is from The Bund, located in Old Shanghai.

Boasting the world’s longest underwater viewing tunnel, the Shanghai Ocean Aquarium will delight both the young, and young at heart. The main attraction is the underwater tunnel, comprised of a series of moving walkways as visitors travel underwater amid sharks, turtles, and other sea life. A well-maintained and modern aquarium, the complex features displays and exhibits from around the world. Displays feature information in English and provide plenty of photo opportunities. Feeding times in the exhibits vary and are posted at the aquarium’s entrance, usually with a morning and afternoon feeding, but are subject to change.

Pudong’s riverbank is lined with several restaurants and bars offering moderately overpriced Western foods for the most part. While the meals may not be worth the price, the views across the river to The Bund are well worth the cost of a drink on an outdoor patio or in a window-lined restaurant. There is a walkway winding along the river that provides a route taking in the various sights of towering skyscrapers, barges coming into dock, and new buildings being constructed. The most picturesque views can be found at dusk as the lights across the river begin to light up The Bund.

Somewhat of a misnomer, The Sightseeing Tunnel provides kitsch value only. Individual tram cars smoothly and slowly glide along a track below the Huangpu River between Old and New Shanghai in a tunnel filled with flashing coloured lights. An unintentionally comical English narrative illustrates the various light effects such as “Meteor Shower” as the tram moves passengers across the river. Compared to the metro and ferries, The Sightseeing Tunnel is the most expensive way to cross the river, but those with a sense of humour will enjoy the ride. One way tickets are available in either direction at ticket booths located at the tunnel entrance. 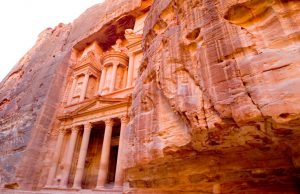 Lifestyle
For those visitors on a whirlwind Jordan tour, Petra can easily be reached from Amman, Aqaba,Wadi Rum or from Eilat across the border in...

Rail Tours in the Northwest USA for Vacations in a National...