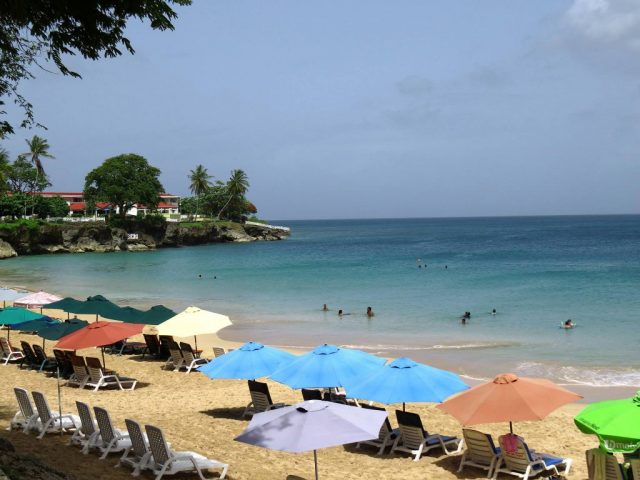 Tobago is quiet, laid back, with no industry and barely a handful of locals selling their craft along the shore. The most developed area is the south west corner though on this small island, it’s little more than a dot and hotels are unobtrusive.

Popular beaches are within walking distance of bus routes, buses are cheap but unreliable, others can be reached by maxi taxi, hailed at the roadside, or more expensive tourist taxis, both identified by the letter H. Hiring a car is convenient though drivers should be prepared for slow winding roads.

Despite some incidents on remote beaches, Tobago remains one of the safest islands in the Caribbean.

Jutting out into the sea in the south west, Pigeon Point is a manicured Heritage Park with a small entrance fee. Sands are pristine and white and there are good facilities, flowers and trees and pretty thatched shelters. Boats call in on their way to Buccoo reef, touting is not allowed and water sports keep to the far end. Pigeon Point is peaceful and easy going, except when there’s a cruise ship in nearby Scarborough.

Close by, the popular Store Bay claims a small but lovely beach, restaurant and craft stalls ideal for last minute shopping, just minutes from the airport. Those who prefer open spaces head up the coast to the long sandy stretch of Turtle Beach where fishermen haul in their nets and pelicans dive in the sunset.

Tobago Beaches on the Caribbean Coast, Castara to Charlotteville

Meandering in a north easterly direction, Tobago’s Caribbean coast is studded with delightful beaches. Arnos Vale ranks top for snorkelling, close to the shore, Englishman’s Bay looks like a desert island beach, tucked at the end of a rough bamboo lane, Castara is a fishing village with a few guesthouses and fabulous beaches framed by the nearby rainforest.

Beyond the equally pleasant and even quieter Parlatuvier, the road winds down to Charlotteville, a picture postcard of a bay with translucent waters and some of the best fish on the island. It’s worth clambering down to the remote crescent of Pirate’s Bay, all golden sands and emerald water, before picnicking on Flagstaff Hill with stunning views of Charlotteville and St Giles Island.

Speyside and Tobago Beaches on the Windward Coast

The windward coast has a character of its own, rugged and wild, with magnificent bays often battered by Atlantic rip tides and undercurrents.It’s essential to heed warning signs and if no one is swimming, it’s best to follow suite. A notorious spot is Hope Bay, inviting but treacherous.

Yet the windward coast also has some sheltered spots where calm clear waters turn from aquamarine to turquoise and sky blue. Among them are King’s Bay Beach and the attractive Speyside, looking across to Little Tobago and Goat Island. It’s a great place to snorkel and swim, sunbathe on deserted sands and sample breadfruit pudding in a tree top restaurant, right on the beach. 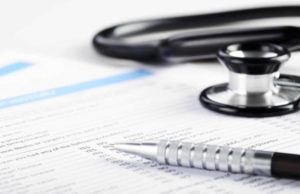 Health
Honestly, the medical costs are increasing at a tremendously fast speed and most of us cannot even scoop with the skyrocketing medical bills, especially...

Getting Over a Relationship Break-up