Knowing the norms for Peru tipping etiquette is important for a variety of reasons. Firstly, it is good to know when tipping in Peru is appropriate purely as a matter of courtesy and custom. Secondly, a shoestring or budget Peru backpacker doesn’t want to fritter away money needlessly by over-tipping. Thirdly, tipping scams can occur where a tip is demanded for an apparently trivial or nonsensical reason.

Knowing Peru tipping etiquette helps a backpacker, or any other traveler, in Peru avoid needless or unpleasant tipping situations. A Peru backpacker need not blow his or her budget on tourist tipping rates! Here are some Peru tips for tipping in Peru.

How much to tip a tour guide, if at all, really depends on the service given. The quality of individual tour guides can vary hugely. Many are highly informed, responsible and very friendly. However, some can at times seem disinterested and lack both passion and knowledge regarding their subject.

Tipping Peru tour guides is left to the discretion of the tourist. It is not a prerequisite for any tour. However, some tour guides do not earn a great deal, so if the service they provide is good then a tip (either individually or as a collection from the tour group as a whole) is always a nice gesture. If a tour guide does not provide a good service then a tip is not necessary.

Taxi drivers in Peru do not expect a tip. Again, in Peru tipping taxi drivers is wholly at the discretion of the tourist. Rounding the fair up to the nearest nuevo sol (Peruvian currency unit) is sufficient, or a one sol tip in total if the taxi driver has been chatty and informative.

Many Peruvian taxi drivers are very friendly and like to point out a few landmarks along the way. A small tip as a gesture of appreciation is optional. However, always bear in mind that taxi rates for tourists can be slightly inflated! Tipping for an already overpriced taxi ride is never a good idea.

For mototaxis, the motorbike rickshaw contraptions found in many towns in Peru, tipping is never necessary.

Peru backpacking budgets can be kept under control by tipping in restaurants only when necessary. Obviously, tipping in Peru for good restaurant service is always an option, but it is not always the norm.

Top end restaurants sometimes include a 10% service charge in the bill. In this case, an extra tip is not necessary. If a service charge is not included then a 10% tip can be given depending on the quality of the service. For smaller restaurants or family owned establishments tipping is not common, but a friendly tip to a waiter is always gratefully received.

If backpacking Peru on a budget, remember that tipping is not a prerequisite in most eateries. Tourists generally tip more often than the locals, so a backpacker need not feel bad for not tipping. However, young waiters and waitresses are often poorly paid so any token gesture will always be of use. Tipping the minimum in top end restaurants (where staff earn more) and tipping more in smaller establishments (where staff earn less) would be a reasonable approach.

At times, a tip (propina in Spanish) will be demanded for fairly obscure reasons. These include, but are not limited to, the following:

-Removing a traveler’s backpack from a bus luggage compartment.
-Giving directions. If a local offers to show you to your destination, be aware that a tip may be asked for on arrival.
-Taking a photo of a local. A tip may be asked for after the event even if permission was given to take the photo.

These situations are not included within Peru tipping etiquette, and as such a tip is not necessary. However, use discretion in situations such as these. Being aware beforehand that a tip may be demanded and politely rejecting the proposal is often the best way to avoid tipping for services that are not required. 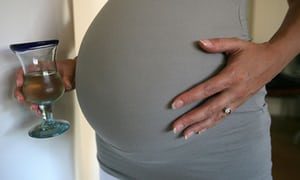 Health
Researchers have once again raised voice pregnant women should not drink as it harms the baby. Experts in paediatrics and pregnancy said pregnant women...

Brief about Royal Palaces and Houses of Beijing, China

What to do in New York City