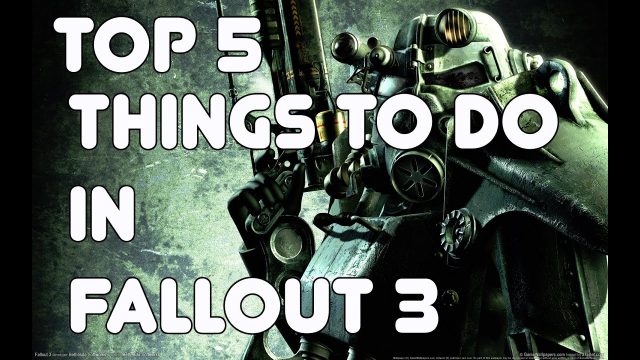 So the game is finished- but the post-apocalyptic wasteland is massive. The game could continue for months. For example, the Wastelander can help Moira finish her book, dispatch some overly pleasant cannibals, and meet an alien.

Things To Do In Fallout 3 #1: Decorate

Depending on decisions the Wastelander makes in the game, they will recieve a house in either Megaton or Tenpenny Tower. In Megaton, they can purchase ‘home improvements’ from Moira at Craterside Supplies. There are six themes: Raider, Science, Love Machine, Wasteland Explorer, Pre-War and Vault. Think the Raider one sounds fun? Think again: if it’s picked, the house will suddenly fill with blood and corpses…

At Tenpenny Tower, the Wastelander can purchase the same improvements from the tower’s shop (unless he has heartlessly murdered the owners, which is, in a game like this, always possible…)

Outside Megaton there’s a guy dying from lack of water. He can only drink purified water, so perhaps the Wastelander could do the decent thing and give him some? Don’t forget, when he gets the Mr Handy robot, Handy can provide him with five Purified Waters, so it’s not like he can’t spare one…

Things To Do In Fallout 3 #3: Help Moira

Moira, the slightly insane owner of Craterside Supplies, is writing a guide to the Wasteland and she wants a little help. She’ll ask many crazy things of the Wastelander -getting irradiated, getting injured, breaking into a Raider-controlled supermarket- but she does give rewards, so it’s worth it.

Things To Do In Fallout 3 #4: Collect all the bobbleheads

Throughout the Wasteland there are twenty bobbleheads to find, and each one gives the Wastelander an increase in S.P.E.C.I.A.L. stats by 1 point or regular skills by 10 points.

Here’s where they are:

This little town, Andale, seems too good to be true- and yes, the inhabitants all are cannibals. Old Man Harris will tell the Wastelander to leave, but he won’t be foiled that easily. Steal some keys (or pick the lock) and have a look inside the Smith’s basement. Guess what that Strange Meat is? Here, the Wastelander can convince the townspeople that he’s a cannibal too and they will spare him- or instead, the Wastelander can just kill them all.

If for some reason the Wastelander figures being a cannibal appeals, he can recieve a free Strange Meat Pie from Linda as a reward for keeping the townpeople’s secret.

Things To Do In Fallout 3 #6: Help Walter

After the travelling Wastelander fixes the water pipes in Megaton, he can give Walter Scrap Metal in order to keep the water supply going. Walter pays the helpful stranger 10 bottle caps for every piece of metal he recieves. Since a huge amount of androids get shot to bits in this game, dropping their metal, this is a good way for the Wastelander to get his hands on money.

Things To Do In Fallout 3 #7: Visit the creepiest place in the game

The place in question is the Dunwich Building, located in the south-west. In there the Wastelander will find some audiologs which tell the cheerful story of a man called Jaime. Oh, and doors open by themselves, and it’s dark and there’s ghouls everywhere. And a creepy obelisk. Have fun.

Things To Do In Fallout 3 #8: Go Brahmin-tipping

The Wastelander is far too mature for this- or maybe not. Most of the Brahmin in the game are totally harmless, so why not indulge in a spot of tipping? Just go up to one and press the activation button. Honestly, it’s fun. More so than it has any right to be.

Things To Do In Fallout 3 #9: Find the Plunger Room

This room (known to fans as the Plunger Room Of Death) is in the Shelter, which is south of the Chryslus Building. It’s a little hard to find, but there’s lots of stuff to take in there…including lots of plungers, of course. The skeleton on the floor gives the Wastelander a clue as to how the plungers got there. Watch out for the Feral Ghoul…

Follow a radio signal to the crashed spaceship, and beside it there’s a dead alien. He’s holding an Alien Blaster. (Take it!) The Wastelander can pick the alien up in much the same way he can pick up the teddy bears or nuka-cola trucks, and although he can’t display it in his house as a trophy, he can always leave it outside Megaton to scare the townspeople. 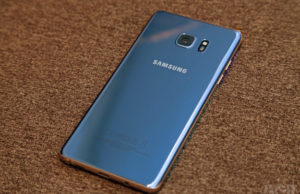 Business
It is very true not even explosions are stopping owners of the Samsung Galaxy Note 7 by using the device. It has been almost...

How To Tackle Cybersecurity In 2017