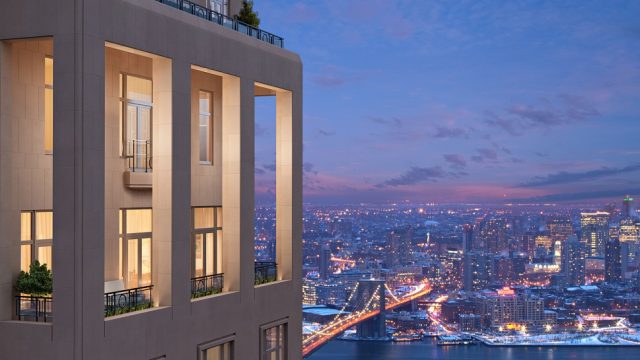 There are several top-rated, terrific luxury hotels in New York City. 4- and 5-star hotels in NYC are distinguished not just by their price point, of course, but by their accommodations, level of service, and — this is important to many tourists — location. One of the best hotels in the city, and one that Luxury Travel has returned to time and again, is the Four Seasons New York.

This luxury hotel has a memorable address: 57 E 57th St. This places it right between Madison Avenue and Park Avenue, a block from Central Park on the Upper East Side. It’s the opinion of Luxury Travel that the upscale hotels close to Central Park are better located than those in, say, Times Square. After all, the city is eminently walkable — and the mass transit system so well laid out – that midtown, Greenwich Village, and other popular city destinations are easy to get to. Better to have “the city’s backyard” close by for a bit of fresh air and greenery. The Four Seasons is also very near FAO Schwartz with its fun Muppet Whatnot workshop, the Central Park Zoo, and Dylan’s Candy Bar. These are all great NYC spots for family travel; kids love them.

The 52 story I.M. Pei designed hotel has 368 guest rooms. Because of the graduated setback design of the hotel, each floor feels light and airy. The west-facing rooms have views of Central Park; sunsets here are a cause for slowing down and enjoying the view. The style, described as post-modern with historical references to the 1920s and 1930s, is highly cosmopolitan, sophisticated and upscale. Rather than leaving one cold, though, the lush bedrooms are very comfortable. Each guest room is around 600 square feet — huge by NYC standards — with modern technology (wireless internet, flatscreen plasma televisions, etc) to enhance the luxury hotel experience. The suite accommodations are larger and more deluxe, of course; for example, the two Presidential Suites each total 1,500 square feet and together make up the entire 51st floor of the hotel. The Ty Warner Penthouse on the top floor has its own private spa and comes packaged with a chaueffered Rolls Royce Phantom and personal assistant.

One need not be a guest of the Four Seasons to enjoy the magnificent, glamorous main lobby area. The public area was designed by I. M. Pei in collaboration with Ty Warner, and is framed by two cosmopolitan, “tres New York” dining establishments. Both exemplify casual elegance, and the lobby’s three stories of open air, marble floors, and beautiful design are iconic to the Upper East Side. Come in for a cocktail and light snack for a glimpse at what old, elegant New York was like. The Grand Lobby is open to all, but raucous behavior is frowned upon here.

Yes, there’s The Bar, a bar for breakfast, cocktails and light snacks, and there’s also 24-hour room service. However, this hotel has three award-winning, top NYC restaurants on site as well. It would be a shame to not experience them during a luxury trip to New York.

57 restaurant and TY are the two dining areas in the Grand Lobby. The 57 restaurant features breakfast, lunch and dinner, plus a weekend brunch that veers more towards traditional lunch entrees than breakfast ones. Luxury Travel has had brunch at 57 restaurant many times over the years; it’s a great brunch spot on the Upper East Side. TY is geared more to lighter meals, serving continental breakfast, lunch, and after noon tea. The hors d’oevres are really tasty, and it’s great fun to enjoy a cocktail with them and watch city life go by.

L’Atelier de Joel Robuchon was named Best New Restaurant of the Year by the James Beard Foundation (2007). No wonder; the original, eponymous restaurant is also one of the best upscale restaurants in Paris. The same approach to casual but perfectly done dining experiences is seen here, with Mediterranean dishes prepared with French influences and flair. Luxury Travel felt that the dining experience here replicated that at the Paris L’Atelier, while remaining firmly rooted in its Upper East Side location. Fantastique!

There is also a spa — The Spa at the Four Seasons — but Luxury Travel has never had a massage or body treatment here. Further amenities of a stay at the Four Seasons Hotel New York include nine well-appointed meeting rooms, a pet program, and a children’s program. This last includes several treats to help the kids of guests at the luxury hotel feel special and enjoy a family vacation in New York City. The Four Seasons here is most highly recommended for luxury travelers. 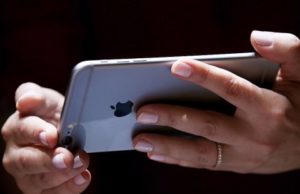 Gadgets
Do you feel the last couple of years of Apple were big? You may be wrong and need to wait for 2017, the year...

Marijuana Use In Young Adult May Develop Prediabetes In Midlife: Study