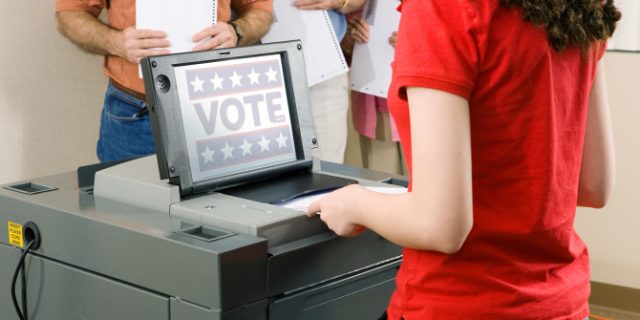 In this age of spiraling efficiency and dropping prices on fancy personal electronic gadgetry many people find themselves spending more and more time chatting with friends and doing on-line banking with an iPhone or tapping away at the keys of ever-more light weight and stylish notebook computers. Desk top computers have quad-core processors to crunch numbers and play on-line games with other contestants around the world.

The efficiency of the World Wide Web allows users to send a message across town or across the planet in mere moments. E-readers allow fans to carry a library of books and magazines wherever they go. Apps for wireless cell phones allow communication and collaboration with others, researching a topic and much more. All this convenience makes driving across town to visit a friend seem somehow profane in an ecological sense. But what are the hidden costs that may be missed?

One obvious and much talked about effect is the fragmentation of society which results when users sequester themselves with personal electronics.

James Katz,professor of communication and director of Rutgers University’sCenter for Mobile Communications Studies, states in his report, Cell Phone Culture “Cell phones seem to prioritize communication with distant people over those sharing one’s space, and the ethics of this new behavior are not universally agreed upon.”, and “Despite the comparatively small screen sizes, people have begun watching television on their cell phones, to distance themselves from crowded situations and prioritize their attention.”

”Cell phones are enabling people to create their own micro-cultures; they are changing cultural norms and values, and demonstrating consumers’ ability to modify and repurpose technology for their own use. I believe that cell phones, by allowing people to insulate their private interactions from the culture around them, will encourage a kind of “walled garden” of micro-cultures that is complex, but exclusive.”

The AAA Foundation For Traffic Safety states in their report The Effect of Cellular Phone Use Upon Driver Attention, “While cellular phones are really elements of communication rather than transportation, their potential impact upon the latter is sizable. The prospect of twenty million drivers having the opportunity to place, receive, or handle a telephone call while driving is not something easily ignored.”

While the report does conclude that carrying on a telephone conversation using a hands-free equipped phone poses no more of a safety hazard than does a conversation with a passenger in the automobile, it is observed that taking attention away from the task of driving in order to manipulate the phone to make or receive calls or to text is a definite safety hazard. Again, by focusing attention on the micro-culture, a driver may be endangering others in society which are in immediate proximity to them.

Multiple studies have been done on the social effects of cell phone use and, as Professor Katz pointed out, no universally agreed upon conclusion has been reached. On the one hand, cell phones and PDAs allow users to stay in constant contact with an entire circle of friends and relatives, on the other hand the social fragmentation mentioned earlier is a result of electronics users shutting out their surroundings to make calls, watch TV and play games instead of connecting on some level with the people in their immediate vicinity.

It is true that advances in processors and batteries have increased the power and reduced the size of portable electronics, and it would seem that this means a ‘greener’ footprint is made by using them. But there is a “man behind the curtain” making all this technology possible.

Although personal electronic equipment has become more energy efficient, the system of servers, routers, main-frames and back-end machinery required to run this virtual world is consuming more and more of the planet’s electricity. The U.S. Energy Information Administration projects in its “Annual Energy Outlook 2010” report that the electronic machinery populating the back end of our electronic conveniences will be one of the fastest growing energy-demands during the next 25 years.

“As reliance on the Internet for information and data transfer increases, electricity use for ‘other’ office equipment–including servers and mainframe computers–surpasses that for commercial refrigeration in 2018,” the report says.

Are Personal Electronics Worth the Cost?

Personal electronics can help users be more productive by making better use of time, rescue motorists when stranded, and help friends and family keep in touch. But if over-used, these devices can actually cause less interaction on a meaningful level.

There is no better way to connect with friends, spouse or children than to look them in the eyes and talk to them in a face-to-face conversation, and this type of communication requires no electricity at all. Even making a brief verbal connection with a fellow passenger on the commuter train instead of whipping out an iPhone to watch a TV show can prove very satisfying on a psychological level and help keep humans connected as a society.

Traveling Via Amtrak Throughout the Northeast 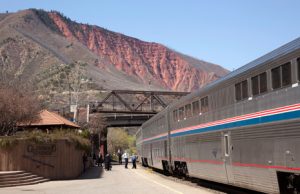 Lifestyle
Travel by train can be both an economical and relaxing way to travel. In both the Midwest and the East Coast of...