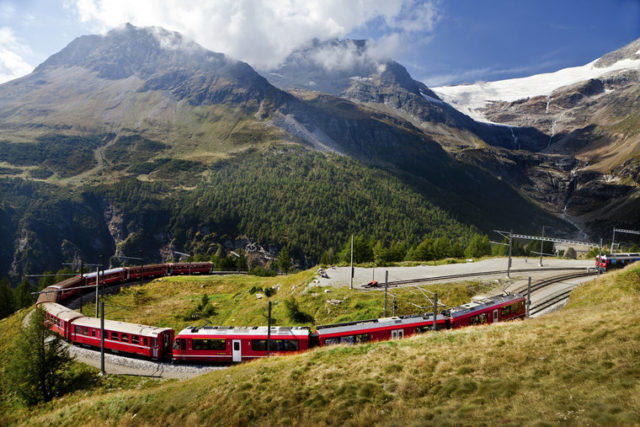 The summer time starts from May 15 and ends by October 29. Tourists experience lush green Swiss meadows and both northbound as well as southbound train can be preferred during the period.

The winter time starts from October 30 and ends by May 14. Southbound train is suggested during the months as in the last few hours of its journey the train runs in darkness if taken northbound.

Both the classes in Bernina Express are same in terms of scenery and panoramic experience as all the coaches have enlarged windows. The basic difference between the two categories is seating arrangement. The first class has 2+1 layout while the second class has 2+2 arrangement. However, for couples the first class is preferred as on one side there is table of just two. On-board service and other things are same for both the classes.

The basic ticket for first class is CHF 112 and for second class tourist need to pay CHF 64 from Chur to Tirano. There’s a fifty percent discount for children under 16. Additional reservation fee costs CHF 14 in summer and CHF 10 for rest part of the year.

Best Things to Do in Cork, Ireland 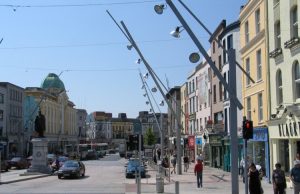 Lifestyle
Cork is Ireland's second city and main visitor center in the Irish SouthWest. With its own airport and cheap flights available from the UK,...

How to Make Cactus String Art