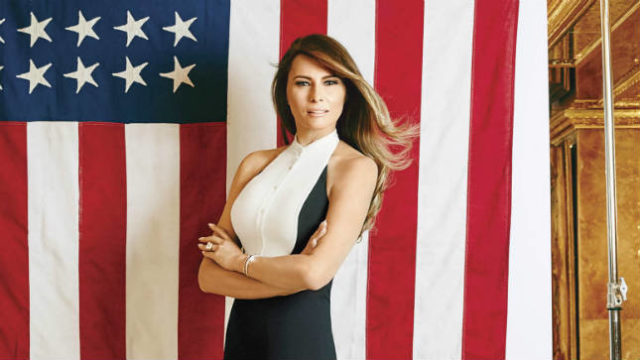 Melania Trump is not happy being the First Lady, reveals sources. She is not happy with her new role and struggling with realities.

The 46-year-old is not living in White House. She instead preferring her Trump Tower in New York City citing her 10-year-old son Barron needs to complete his school first.

In fact, since the inauguration of Donald Trump on January 20 she has been hiding. She is locked behind the golden gate of the penthouse. Even Barron cannot get her out.

Pre-inauguration she use to shuttle Barron in a chauffeured SUV to and from his private school, but post-inauguration she has the Secret Service taking the son to school and retrieve from school.

It is learned the First Lady has rarely left the $100 million apartment following inauguration of 70-year-old Donald Trump as president. She has rarely been to her other home.

Born as Melanija Knavs on 26 April 1970 in Novo Mesto in the southeast of Slovenia, the Germanized Melania Knauss came to the US to make a career in modeling. She became a permanent resident of the country in 2001 and thereafter in 2006 became a citizen. After Louisa Adams in 1825 she is the second foreign-born First Lady.