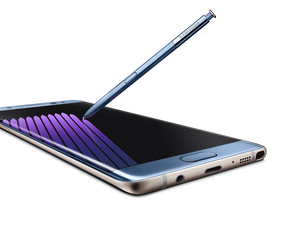 Samsung’s problem has not seem been solved with the complete recall of its Galaxy Note 7 flagship smartphone due to overheating batteries. Alleged victims have taken lawsuit action in a New Jersey federal court and are looking for compensation for personal or property damage.

Three plaintiffs has proposed for class action lawsuit and are asking Samsung to compensate users for those time duration that took was taken for replacing the Note 7 and eventually discontinuing it.

The South Korean giant introduced initially an exchange program on September 2 for the device and on October 10 it withdrew completely the product as the problem persisted even with the replaced devices.

Samsung tried offering the owners of Note 7 bill credits of up to $100 for exchange of the phones. The company also offered a refund or an exchange for a Galaxy S7 and Galaxy S7 edge.

The latest lawsuit filed in the US District Court for the District of New Jersey, Newark divison by users John Waudby, Robert Spntak and Mohamad Ibrahim however does not refer to the bill credits and not even the refund option that was introduced under a recall announced by the US Consumer Product Safety Commission on September 15.

In the lawsuit it is mentioned owners of Note 7 discontinued using the device and found there was no replacement smartphone available initially.

The complaint seeks for an unspecified damages award.

What iPhone 8 Looks In Your Dream